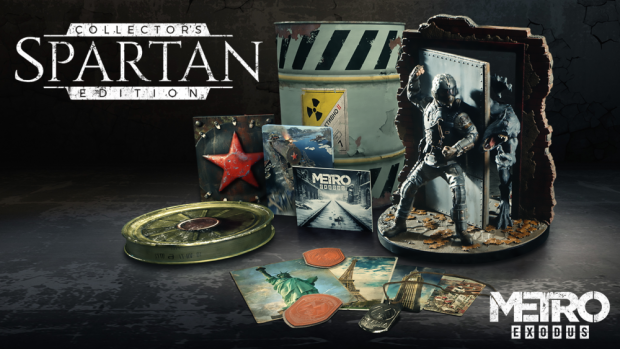 There's also the option of buying the Spartan Collector's Edition as a standalone item, or with a copy of The Aurora Limited Edition which includes a copy of the game, an expansion pass for Metro Exodus, and comes packaged inside of a custom metal outer case inspired by Metro Exodus' in-game locomotive which is called The Aurora. The Spartan Collector's Edition costs $149.99 on its own, or $234.99 when bundled with the Aurora Edition.

For $235, gamers will receive a copy of Metro Exodus as well as these exclusive goodies: