At the start of August, every Super Smash Bros. player was blessed with the inclusion of the Kremling King in Ultimate. Fans were so happy that thousands then decided to sign a letter saying thank you to Nintendo, and now Nintendo America has finally replied. 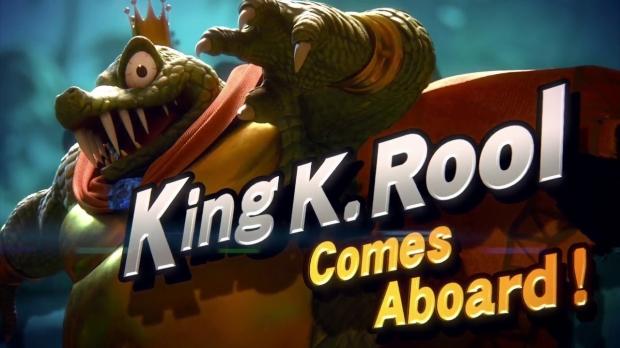 Fans of K. Rool collaborated in on a letter to personally thank Nintendo and more importantly Super Smash Bros game director Masahrio Sakurai. The letter was sent through the Twitter account Kremling Kampaigner, the account just posted to Twitter an image showing off the letter that Nintendo of America sent back to him.

Nintendo America says: "Thank you very much for the thoughtful letter you sent us. Our sincere apologies for the delayed reply. We were flattered to receive it! We also love the fan art that came alongside the letter. It's clear that plenty of care and effort went into both. While Mr. Sakurai is unable to reply directly due to his busy work schedule, rest assured that he shares your excitement and love for King K. Rool. He's hard at work making sure the Kremling king is ready to brawn when Super Smash Bros. Ultimate launches on December 7th, 2018."

Continued: "In your letter, you mentioned the thousands of King K. Rool fans who were ecstatic to hear about the character's inclusion in Super Smash Bros. Ultimate. The sheer passion and love our fans have for our characters means the world to everyone here. We truly can't thank you enough for it. We're excited to show off just what King K. Rool is capable of as he dukes it out with all the other fantastic fighters that Super Smash Bros. Ultimate has on its massive roster."

"As as token of our appreciation for all the support you've shown for Nintendo over the years, we've included some small gifts with this letter that we hope helps make the wait for Super Smash Bros. Ultimate just a little bit easier. Thank you again for everything you've done to help bring King K. Rool to Super Smash Bros. Ultimate. He's rarring to battle, and we hope you are too!"