Ken Masters fan? Nintendo is playing your tune then, as the Super Smash Bros. Ultimate Direct has finished Nintendo has officially confirmed that Ryu's rival will be joining the Smash Ultimate roster.

Ken was officially confirmed through the same above cinematic trailer that Incineroar was, Nintendo just decided the he should come first . We can see him facing off against the champ Little Mac and going one for one with him in the ring. Little Mac gets a few punches in here and there and then Ken takes him out with a savage kick.

It is explained throughout the Smash Direct that Ken is based off Super Street Fighter II Turbo, he is very similar to that of Ryu moveset wise, but there will still be some changes here and there that players will be able to feel. Ken has what is called a "Heavy Shoryuken" (Up B), basically it is just a heavier version of Ryu's. Ken's Hadoken (Neutral B) is pretty much the same as Ryu's, except for the initial shape which appears to be slightly bigger. Ken's spin kick titled "tatsumaki senpukyaku" hits opponents multiple times, "Hell Wheel" throws the opponent backwards and "Focus Punch" is the same as Ryu's. Images for each of the moves can be found in full post.

Nintendo have gone ahead and incorporated Ken's famous kicks, they of course change based on your command inputs. It should also be noted that Ken is slightly faster than Ryu, but both characters share two final smashes. Ken's final smash move names are Shinryuken and Shippu Jinraikyaku. Below you will find images for each of his moves. 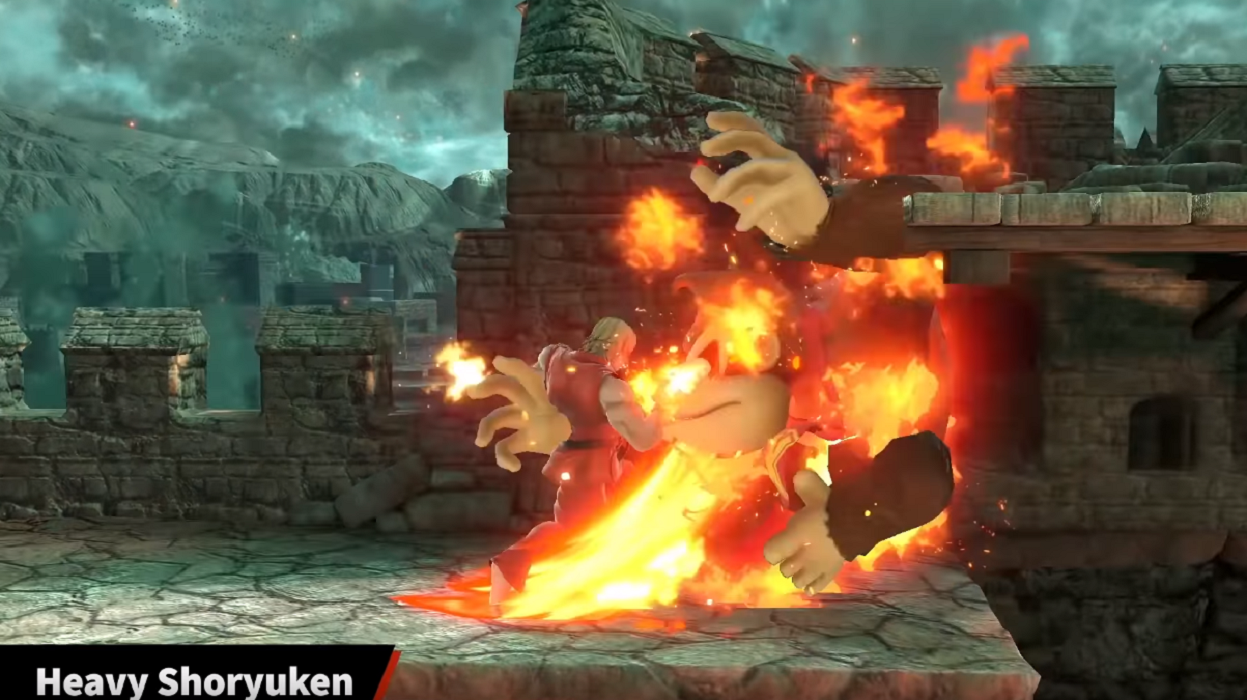 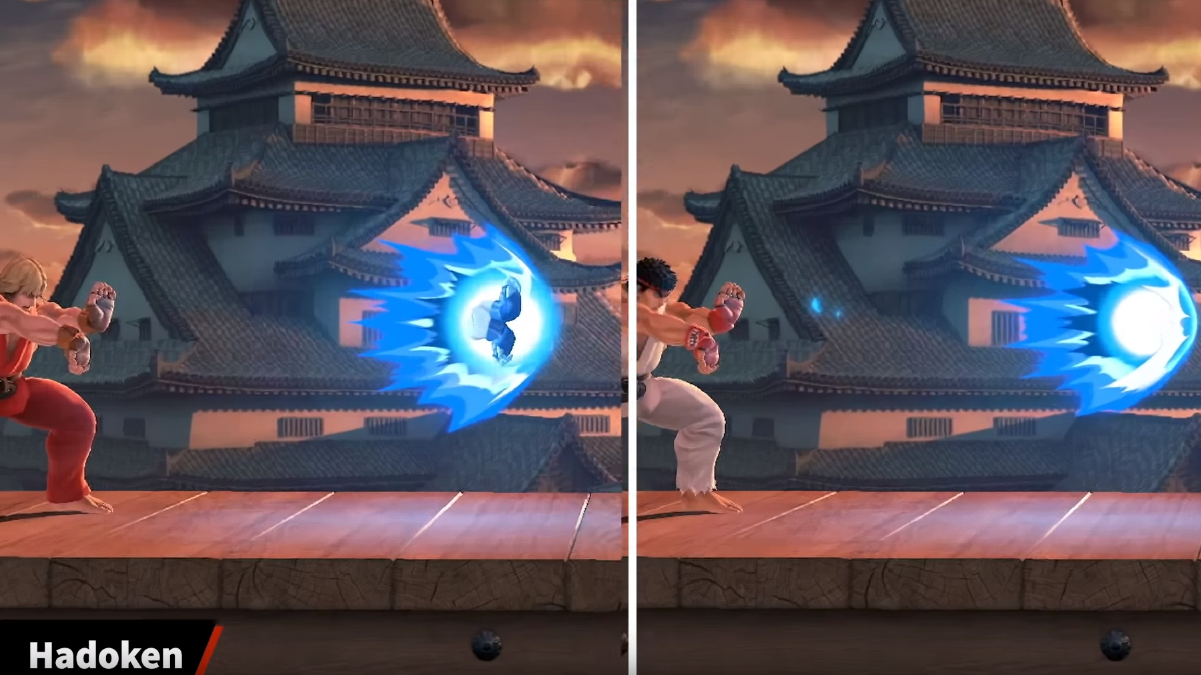 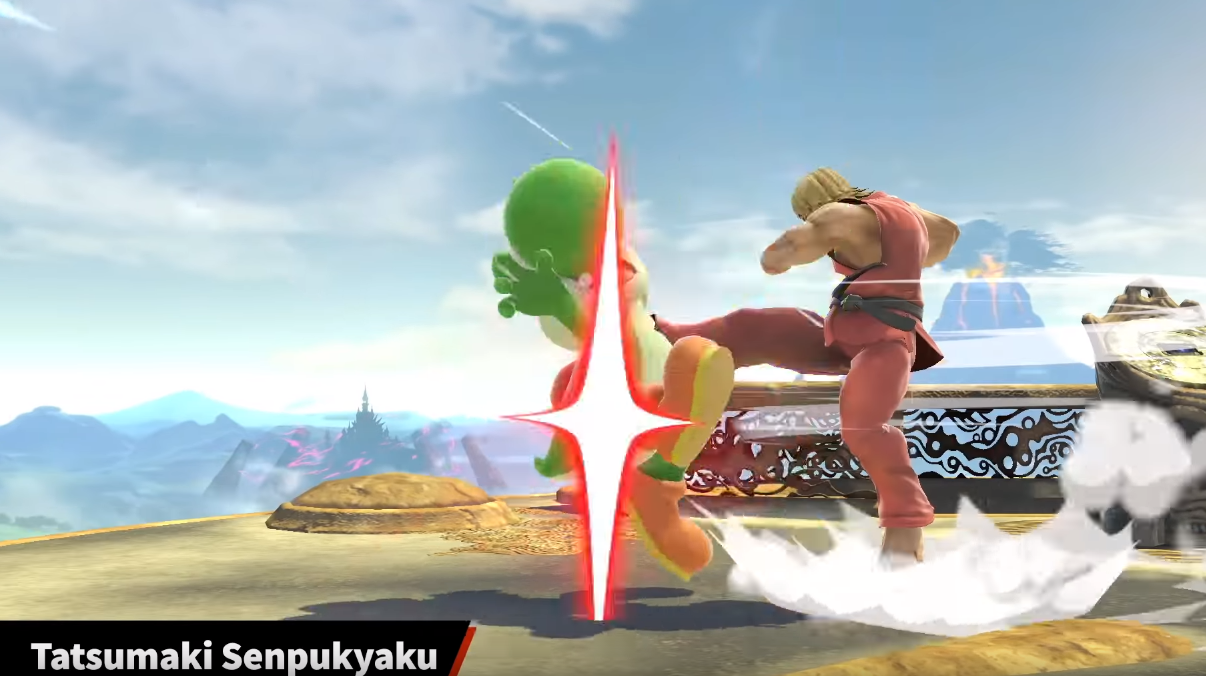 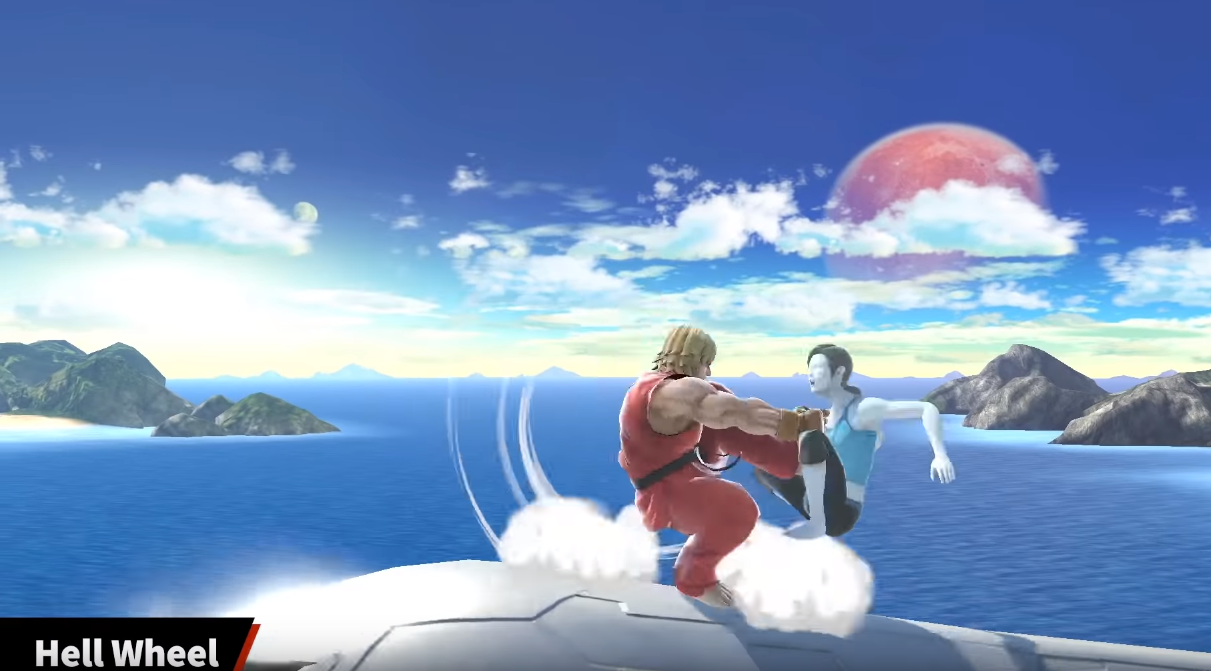 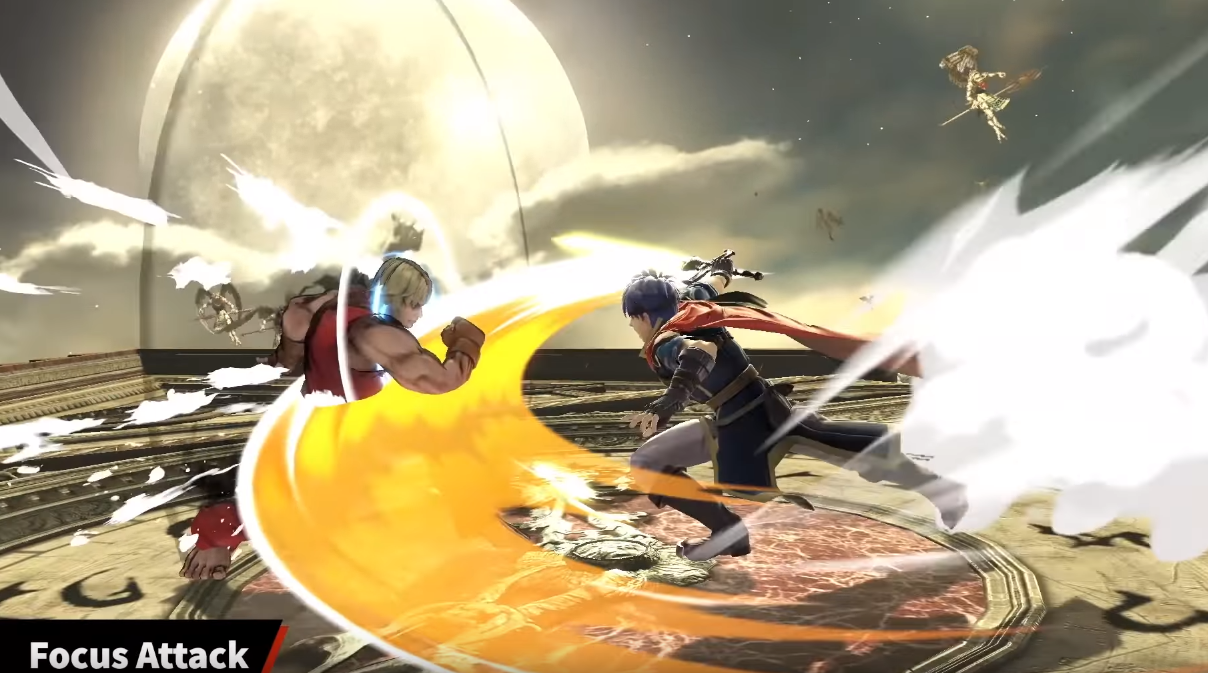 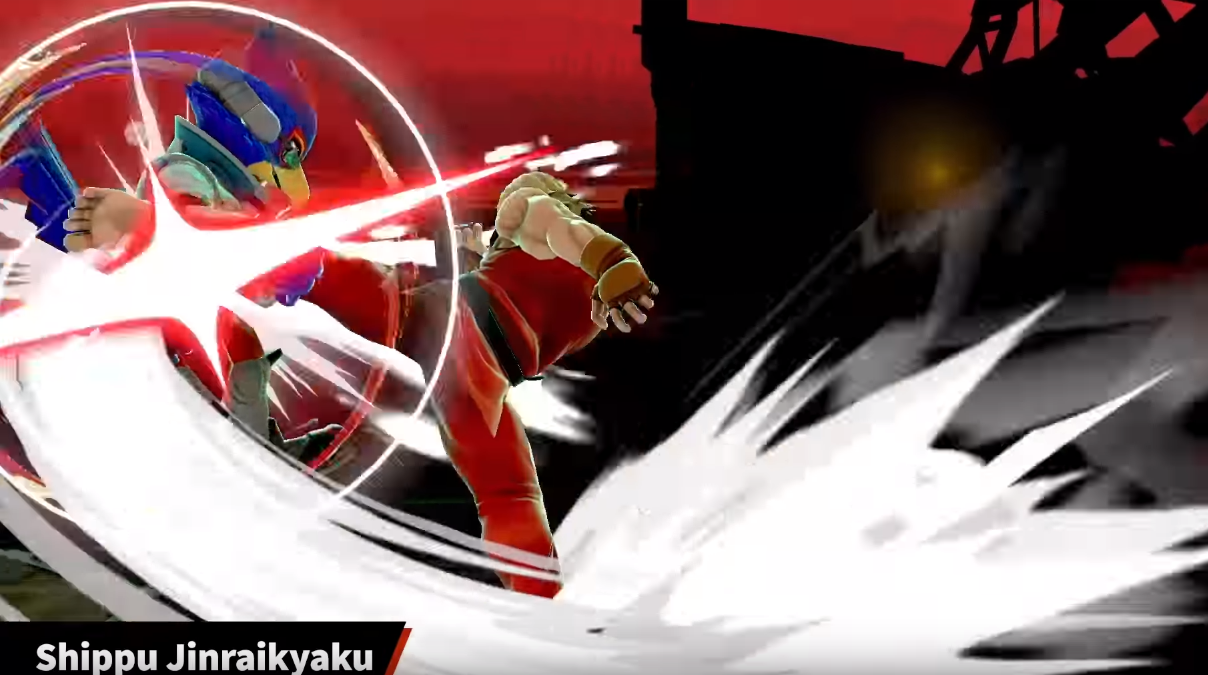 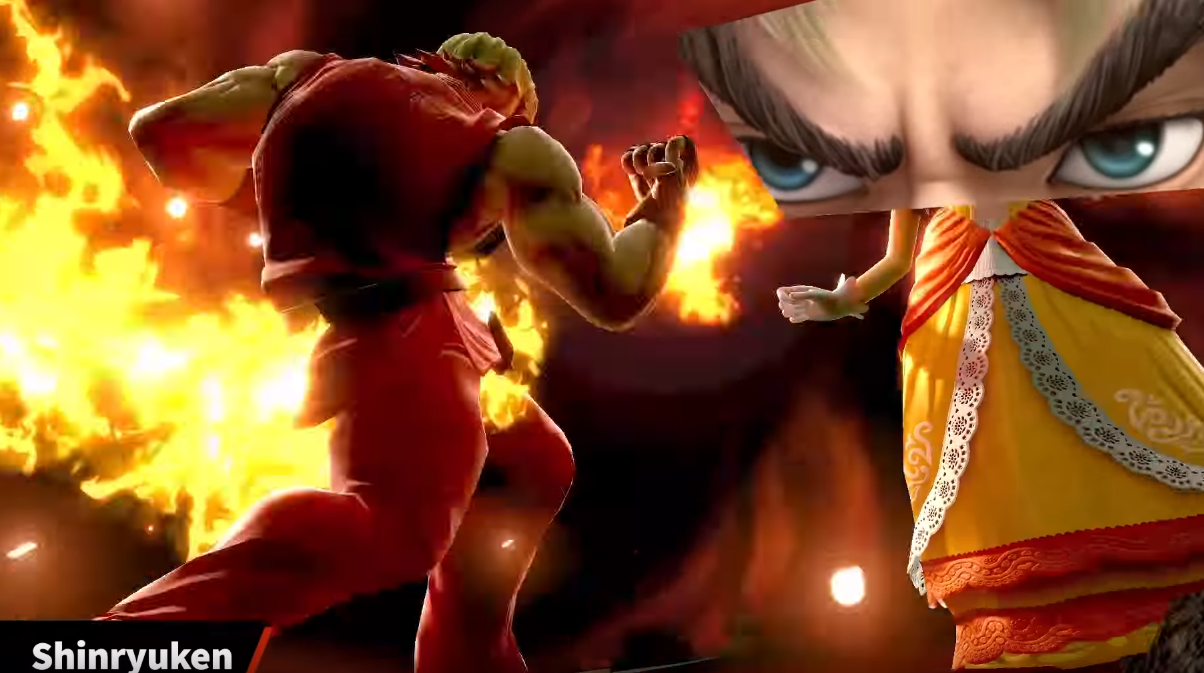