Red Dead Redemption 2 is nothing if not authentic. Everything feels hand-crafted and real, and Rockstar has imbued a kind of personal intimacy with everything in the game from your guns, your horse, and especially your journal. 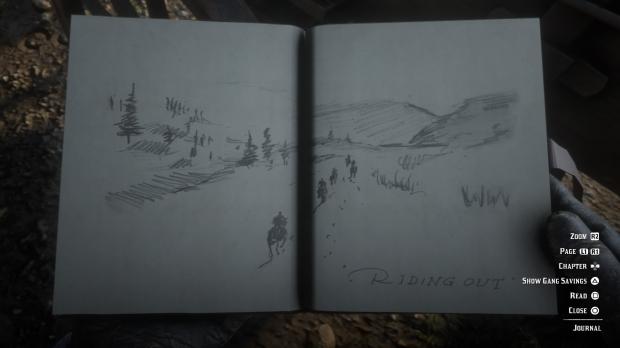 Arthur Morgan is a renegade outlaw. He's a scoundrel with a body count that mystifies lawmen and he'll do anything to survive. He's gruff, gritty, and a man who will just as soon shoot you as play cards with you. But that's not all he is; he's loyal, brave, and is an amateur artist--quite a good one in fact. Red Dead Redemption 2 has a lot of small ways to portray the humanity of our gunslinging protagonist, and one of these is Arthur's personal journal. 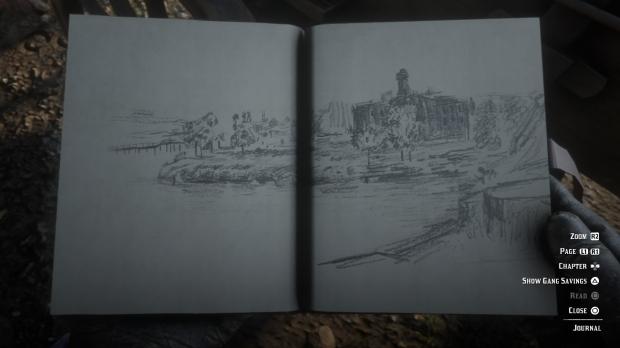 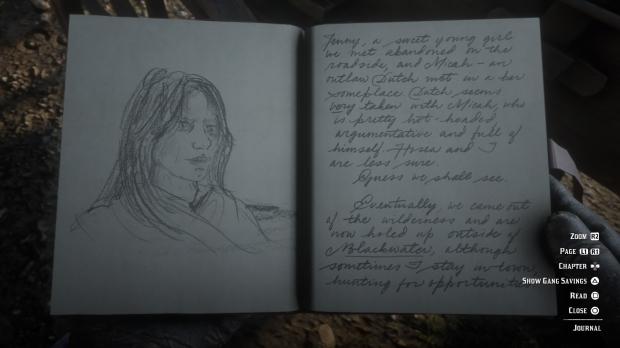 As you play the game, Arthur takes notes in his journal and retells specific events that happened. The botched ferry job at Blackwater is chronicled, as is the gang's ups and downs. There's a sketch of Jenny in there, and drawings of Blackwater and other things that prove outlaws don't just dream of blood, money, and whisky. He'll even draw the game he hunted--he drew a deer after hunting one with Charles--and small miscelleanous doodles. In this book we see Arthur speaking freely from his heart and sketching pictures from memory, showing us different sides of a complicated man whose main trade is murder and mayhem. I can tell the journal will have more and more meaning as time goes by.

If you play RDR2 make sure you check out this journal from time to time. Access it by pressing right on the D-pad to access your satchel, and navigate over to the documents tab. 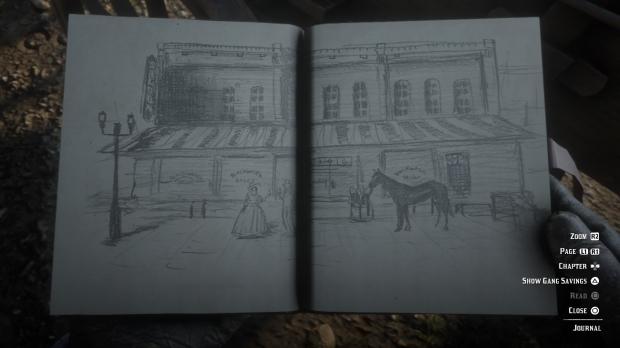 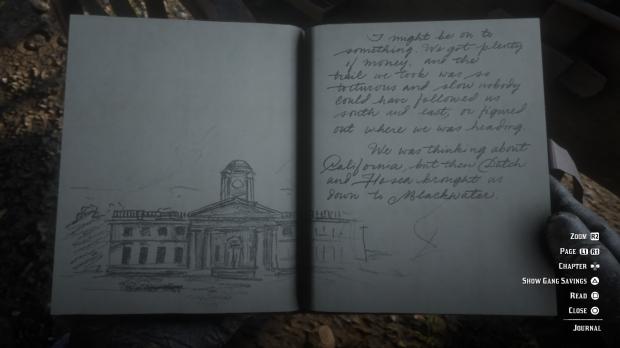 I personally like in-game journals because they tell a story that's within the actual story. It's a side-note that adds more depth and meaning to things. BioWare's codices and indexes from Mass Effect and Dragon Age come to mind, but Red Dead Redemption 2's are different because instead of just typed text, the journal is written in Arthur's hand.

There's that layer of authenticity that adds both a charm and an intimacy that bonds you with Arthur and his story of plight and glory. This, to me, is one of the main draws of Rockstar's latest opus, and I feel it'll only get stronger the more I play.

Red Dead Redemption 2 is now available on PS4 and Xbox One.