As Mario + Rabbids: Kingdom Battle reaches its one year anniversary from its release date, Ubisoft has unveiled some essential statistics and facts players have compiled together throughout playing. 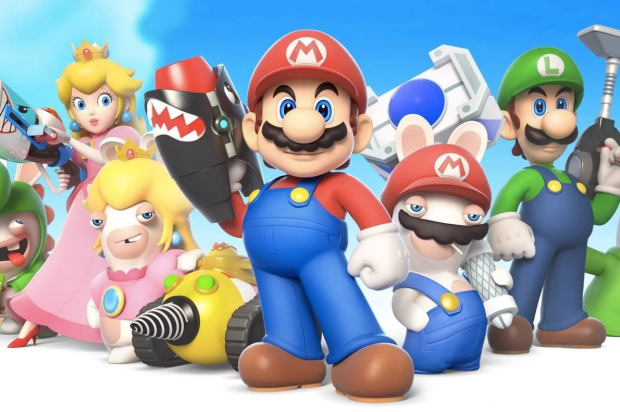 According to the official Rabbids Twitter account, Ubisoft are celebrating the one year anniversary for Mario + Rabbids: Kingdom Battle. Through this celebration Ubisoft has released some "essential statistics, facts of your adventure and more." An example of the statistics, is that players have traveled 674 million kilometers within the Mushroom Kingdom, Mario was the most chosen Team Leader and Rabbid Yoshi dealt the most damage.

Also in celebration of the Mario + Rabbids achievement, Creative Director of Ubisoft Milan, Davide Soliani said that he would shave his beard if Mario + Rabbids: Kingdom Battle ever reached 2 million copies sold, fans are now holding the Director to his word. A fan replied to Soliani's Tweet about the newly released statistics, here is what was said "While we are talking about numbers? Didn't you once say that you would shave of your beard if mario + rabbids would reach 2 million sales? Because I think it might have hit that target Davide......." Soliani replied with "Btw, I did." If you are interested in checking out the official Ubisoft post on their forums, that can be visited here. Mario + Rabbids: Kingdom Battle is exclusively available on the Nintendo Switch.