Square Enix has released yet another trailer for the upcoming Shadow of the Tomb Raider, this time round we can see examples of Lara fully utilizing her intelligence of the jungles flora.

The above trailer reveals to players numerous ways of how they can be resourceful in the jungle. The more resourceful players are the more they can fully utilize each of the respective buffs, which in turn will help Lara defeat her enemies quicker, gather more resources and even locate items and objects that originally could not be seen.

Some of these buffs and boosts include: Eye of the Eagle which allows for players to see more resources in their surrounding environment. Scales of the Serpent which slows down time for a short period when aiming, Owl's Meal which gives Lara the ability to harvest poisons for darts. Viper's Lure and Viper's Venom gives players the ability to craft poisonous arrows and poisonous grenades respectively. For more information regarding Shadow of the Tomb Raider chcek out the website here. 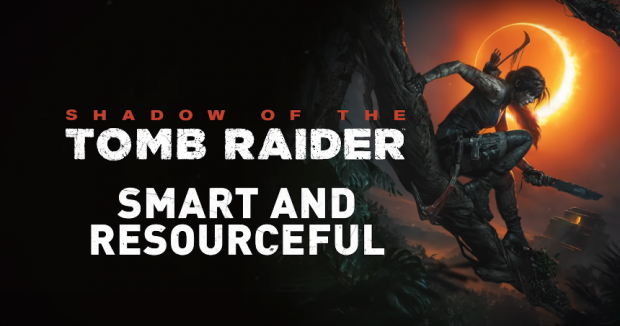