The fan-favorite 2000's Timesplitters series has been bought by THQ Nordic as the publisher expands its IP lineup. 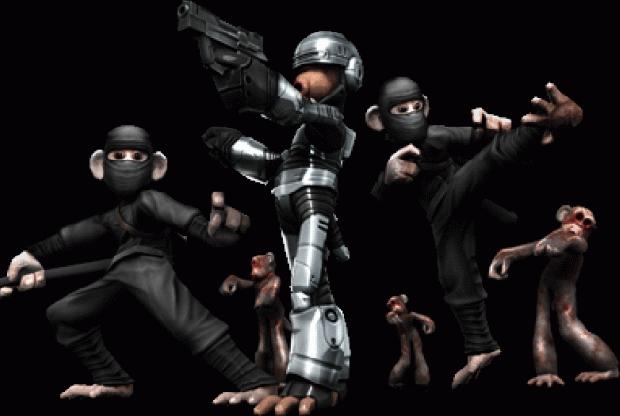 THQ Nordic has been snapping up studios, companies and IPs for a while now, and the most notable acquisition was that of Saints Row and Metro publisher Koch Media back in February. Now the Swedish games-maker has snapped up rights to the Timesplitters and Second Sight sci-fi game franchises under its Koch Media subsidiary.

As Koch Media's CEO asserts, this acquisition should see a new Timesplitters in the works.

"We are hugely excited to have acquired Timesplitters," said Koch Media CEO Klemens Kundratitz. "The original games gave fans a massive content offer and provided a pure and genuinely fun arcade shooter experience. We have many fans of the Timesplitters series among our own staff who are passionate about creating a product that will thrill today's gaming audience."

What's also interesting is that Deep Silver Dambuster, previously known as Free Radical Design or the devs that made Timesplitters, is working on a new "top secret" project, as per THQ Nordic's financial filings.

It's likely this game isn't Timesplitters 4 given dev shouldn't have started until the rights were acquired, but we could see a few re-masters roll out for modern consoles alongside another entry in the series.

Koch Media bought the Timesplitters IP from Crytek for an undisclosed sum.

Here's a few tidbits from the press release:

Timesplitters was largely considered as one of the most influential console games of the early 2000's. The three game series earned a large and passionate fan base thanks to its unique humour, art style and pop culture references while encouraging customization and modification to give each person their own individual experience. Timesplitters was originally created by the development studio Free Radical Design that later become Deep Silver Dambuster, part of the THQ Nordic group.

In addition to Timesplitters, the IP and the rights to science fiction action-adventure game Second Sight were acquired. Both acquisitions were made through THQ Nordic's fully owned subsidiary Koch Media GmbH.