As more and more games-makers backpedal on lootboxes, Rocket League developer Psyonix has revealed the odds of its in-game crate drops in an effort to build transparency. 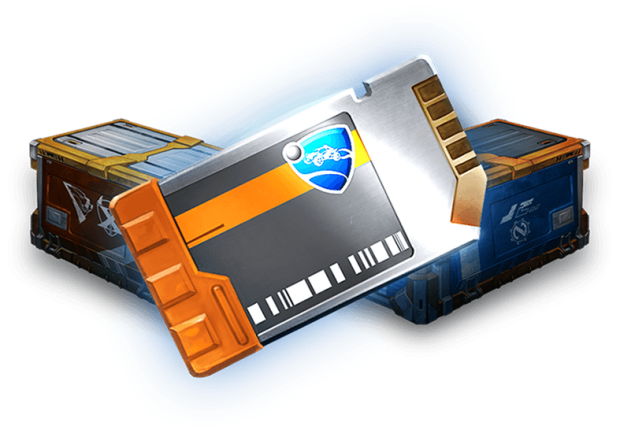 Lootboxes have caught a lot of flak over throughout the last year: the Battlefront II controversy ignited a big pushback from gamers and even got legislators taking notice of the potential gambling practices. While some games like Rocket League use a cosmetics to sustain its game, the skins themselves are wrapped in a randomized crate-and-key system that allows players to buy digital keys to unlock the lootboxes. Now the devs reveal just how rare Rocket League's loot really is.

In a recent blog post, Psyonix revealed odds of specific items in any given crate. Some are actually exceedingly rare. For example, when you get a crate and unlock it with a key there's a 12% chance for an import item and a super rare 4% chance to grab an exotic grade drop. The studio asserts that the odds have always remained the same since 2016.

Check the odds below:

These drop rates have been the same since our Crates and Keys system launched in September 2016. Every Crate and Crate Series in Rocket League are subject to these rates, whether it was the retired Champions Series Crates or the next Crate we're releasing later this summer.

Our Crate system uses a three-step process. When you open a Crate with a Key or Decryptor, the system first determines what rarity level to choose from -- Rare, Very Rare, Import, Exotic or Black Market -- based on the percentages listed above. Next, the system determines which item within that rarity group is dropped. If you're receiving an Import-level Customization Item from the Impact Crate, for example, each of the three Import items in the Impact Crate have an equal chance of dropping. Finally, the system determines if the item will drop with Painted and/or Certified attributes.

If we do make any changes to drop rates, we'll be sure to post the new numbers here on the blog.