Sometimes in games you just want to cause destruction, other times you want to work out some brainteasing puzzles. Luckily, Burnstar combines both of those things as it explodes on the Nintendo Switch with a searing hot trailer.

Burnstar is based around destroying the infrastructure for 'Evil Inc', a sinister cooperation that players have the option to stop in either single-player or co-op. Burnstar will put your quick reflexes and strategic thinking to the test, as to complete each level players will be required to collect stars in the most efficient way possible.

Nerve Software, the developer of Burnstar has created over eighty different puzzles, each with their own timed leader-boards. Gamers will be forced into paying close attention to the numerous different obstacles that have been placed down to hinder progression, strategies will have to be devised to efficiently tackle each individual level. If you are interested in picking up Burnstar for some couch co-op fun or some single player madness it has already arrived on the Nintendo eShop for $20. For further information visit the listing on the Nintendo website here. 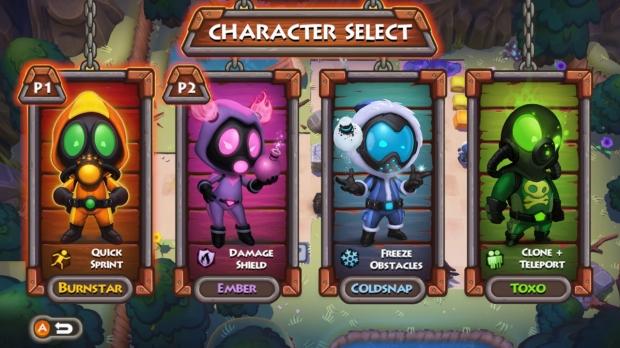