We told you the week before Computex 2018 that AMD would show off its next-gen 7nm GPU ready for the new wave of Radeon Instinct accelerators, and now Vega 20 has reportedly been through some benchmarks of Ashes of the Singularity. 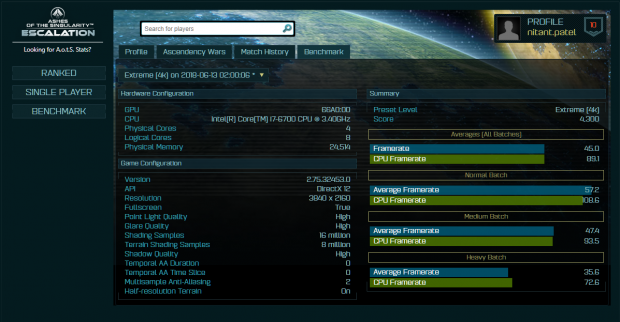 The card has turned up with a device ID of "66A0:00", where it will be offering twice the density, twice the power e fficiency, and 35% improved performance over the Vega 10 on the 14nm FinFET node. The benefits of 7nm seem to be huge for Vega so far, but we'll need to see Vega 20 in Radeon RX Vega form before we can pass judgement.

Don't expect that until next year, before Navi arrives as a mid-range part with the purported Radeon RX 680. As for Vega 20, it rocks 32GB of HBM2 and 4096 stream processors into an area smaller than the current Vega 10 GPU. If that's not impressive, I don't know what is.