Today marks a big occasion for Destiny 2. Bungie finally announced Forsaken, the game's big The Taken King-style expansion, which brings a massive core systems overhaul while adding in new endgame content, weapons, supers, and more. And it seems this $40 expansion will be the new baseline for Destiny 2's future content rollouts. 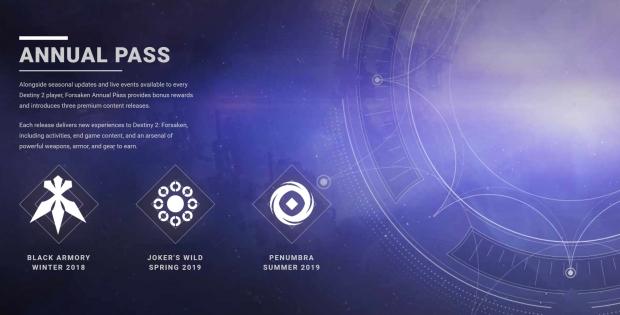 Forsaken has an optional $30 Annual Pass attached to it that unlocks three "premium content releases" that will "deliver new experiences to Destiny 2: Forsaken, including activities, end game content, and an arsenal of powerful weapons, armor, and gear to earn." Assuming these bits of content are priced at $10 they may not be actual expansion-sized affairs but instead piecemeal modules of sorts that beef up Forsaken. Or they could indeed be bigger DLC akin to Bungie's original Comet idea (I'm betting they aren't, though, despite the Eververse raking in untold amounts of money via microtransactions).

The three DLC packs and their respective releases dates are: 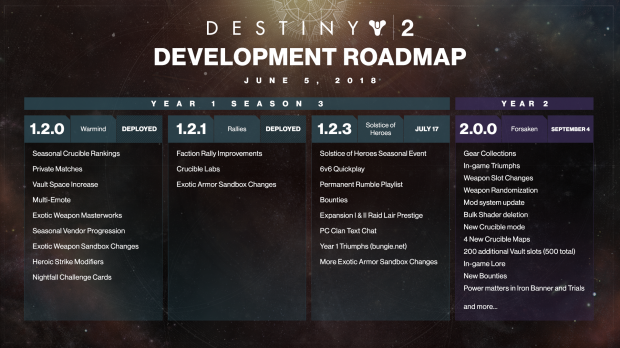 Check below for more info on Forsaken: