Phoenix Labs has announced that their monster hunting title Dauntless will be debuting its open beta today. The developer has also released open beta trailer for everyone to enjoy.

Phoenix Labs is an independent developer that harbors former developers from massive studios such as Riot Games, BioWare and Capcom. Players that choose to participate in the open beta for Dauntless will be put into the role of the Slayer. The slayers sole role in the game is to defend humanity against the invading monsters known as the Behemoth's.

Jess Houston, CEO and Co-founder of Phoenix Labs has commented on the titles open-beta debut, here is what he had to say: "Open Beta is an exciting next step for us, but it is just the beginning for what we have planned for Dauntless. For the past four years we've been dedicated to creating the next, great online game for players to share together, and Open Beta is the next huge step in fulfilling our promise. We will be continually adding content and updates to Dauntless and incorporating feedback from our passionate community. We are committed to providing more and more reasons for players to come back to Dauntless for years to come." 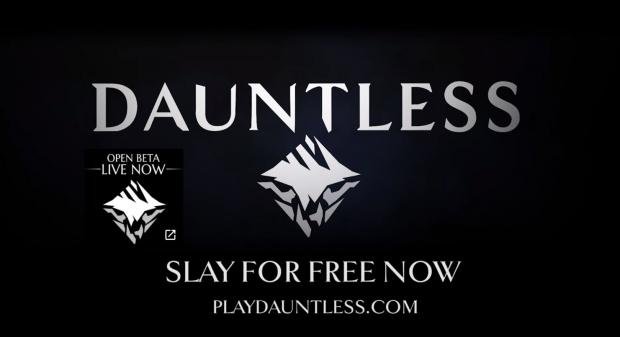