Back in late February Hunt: Showdown released on Steam and since then the games popularity has been substantial, players obviously still have some complaints but its mainly with titles performance, Crytek will soon be fixing that. 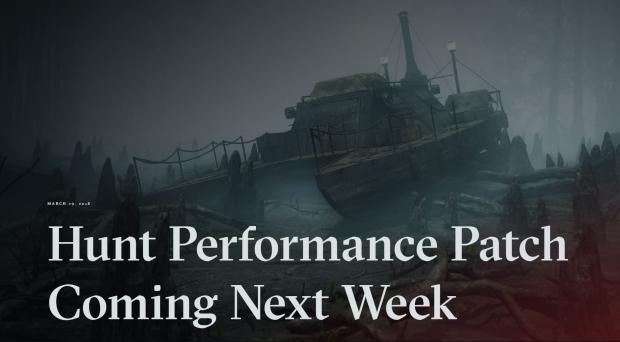 In a recent blog post, Crytek took to the Hunt: Showdown website and explained that they will be bringing out a performance optimization update next week that should add a nice buffer to players that are struggling to run the game.

The areas that the developers will be focus include: "CPU optimizations (Hunt was CPU bound, which was a major limiting factor in many cases)", "reducing the overall memory footprint of the game" and "addressing the stalls and stutters (during movement, ADS, and other in-game interactions)"

In the post it is detailed that after this patch is implemented the "general smoothness and response of the game should increase." To read the full blog post, visit the official Hunt: Showdown website here.