NHK is paving the way for the future of 8K content, with the Japanese TV broadcaster set to unveil their new 8K inventions at the annual NAB trade show next week, which we'll be attending. 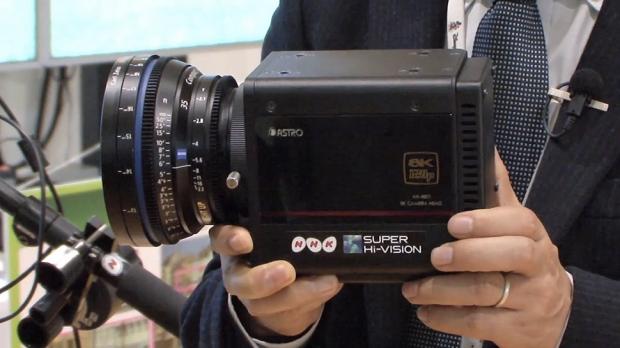 What will be new from NHK is the first look at 8K in slow motion, with freaking 8K 240FPS video to be teased at NAB 2018. Why would we need 240FPS at 7680 x 4320? Well, think about super-slow motion sports footage, or reduced motion blur at full speed - both freaking incredible at 8K.

NHK is also poised to unveil a new 8K VR displa ythat would completely ditch the screen door effect of current-gen VR headsets. But what do you need on the 8K broadcasting side when it comes to hardware? Well, a new transmitter is capable of pushing 8K video from 40Gbps down to 8Gbps, which is a huge drop.