Nimbus Data has just announced the world's largest SSD that completely trumps the recent 30TB SSD from Samsung, with their new ExaDrive SSD that packs an insane 100TB. 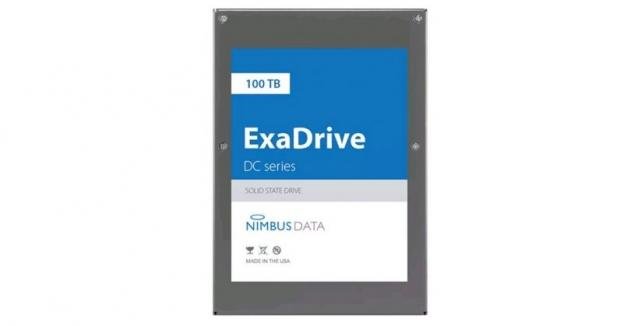 The new ExaDrive 100TB SSD was made for data centers and edge servers for IoT services, with the 100TB of storage holding up to 20 million songs - or as TheNextWeb frames it "about half of Spotify's catalog of streaming music". Insanity.

Nimbus Data made the drive to consume 85% less power per TB of storage, so that enterprise users can use many more of them, use less power, and less physical space in their server racks. A standard rack with these new ExaDrive 100TB SSDs will hold an insane 100PB of storage, that's 1000TB folks.

We're looking at read/write speeds of 500MB/sec, so it won't be breaking speed records against the NVMe-based SSDs, but they can't come close to the 100TB of pure storage strength here from Nimbus Data.

100TB of SSD storage isn't going to be cheap, with Nimbus Data quiet on the price of the drive for now, which launches later this year.