Ninja and Drake have decided to duo on Fortnite while streaming on Twitch, the stream has brought in a massive 600K concurrent viewers breaking Ninja's record. 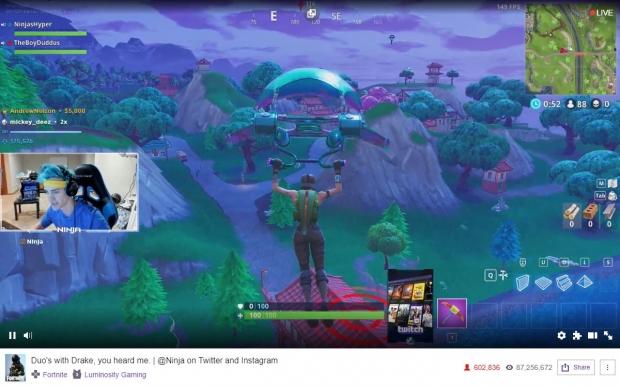 The stream currently at the time of writing this has a massive 602,836 current viewers while both Ninja and Drake are trying to plan for more rappers such as Lil Yachty and Travis Scott to join in on the action.

Check out the below Tweets that have caused this massive increase of stream viewers for Ninja, could the stream reach a 1 million concurrent viewers if Post Malone, Travis Scott and more rappers join?