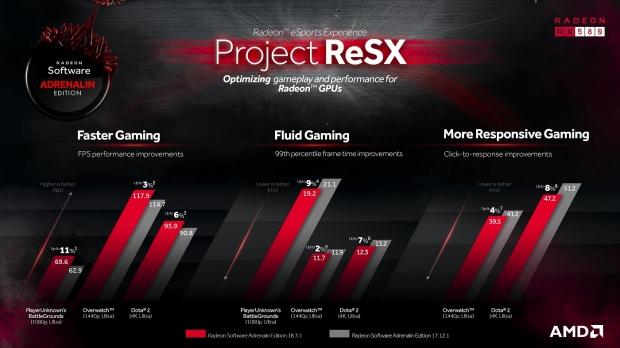 The company has been working behind the scenes with the game developers of big eSports games like PlayerUnknown's Battlegrounds, Overwatch, and Dota 2 to offer not just more performance, but smoother performance and more responsive gaming.

The company has compared their older RSAE 17.12.1 drivers against the new RSAE 18.3.1 drivers that include the Project ReSX improvements, where the performance of Battlegrounds increases by 11%, and between 3-6% for Overwatch and Dota 2, respectively.