To celebrate The Division's second anniversary--and a rather hefty active playercount--Ubisoft opens up new events to pull new and lapsed players back in. 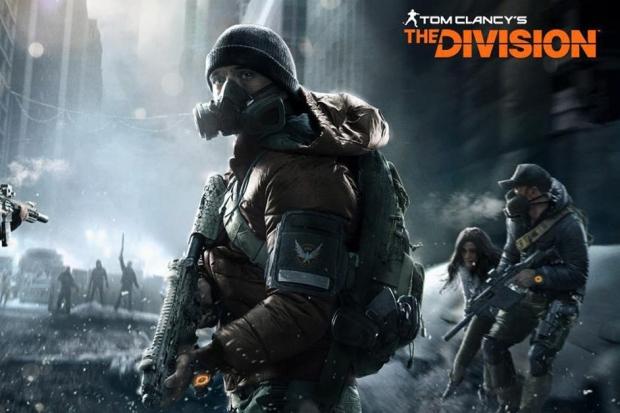 Ubisoft, like other games publishers, understands quite well how engagement works: release an online game, update update update, build engagement with new events and items, and then cash out by monetizing your investment. The French games-maker has successfully done this with a lot of their games, and The Division is no different, helping the company rake in billions a year from Player Recurring Investment. In the last two years, The Division has pulled in 20 million active players and gone through many, many changes...and Ubisoft is banking on more engagement.

In celebration of its second birthday and the 20 million player milestone, a new timeline of events is scheduled for the entire month of March. The new global events will roll out each week, Ubisoft clarifies. The goal here is to attract lapsed players as well as push new gamers into the fold, as all free events and updates are designed to do.

"From the record-breaking pre-launch beta to the Underground, Survival, and Last Stand expansions to the nine major free updates, The Division has continued to evolve and entice new fans into its ranks," reads the update.

"We are very proud of what we have achieved during these past 2 years. Listening and giving back to the community has always been our first objective and we would like to thank all The Division players for their valuable feedback and their support," said Julian Gerighty, Creative Director. 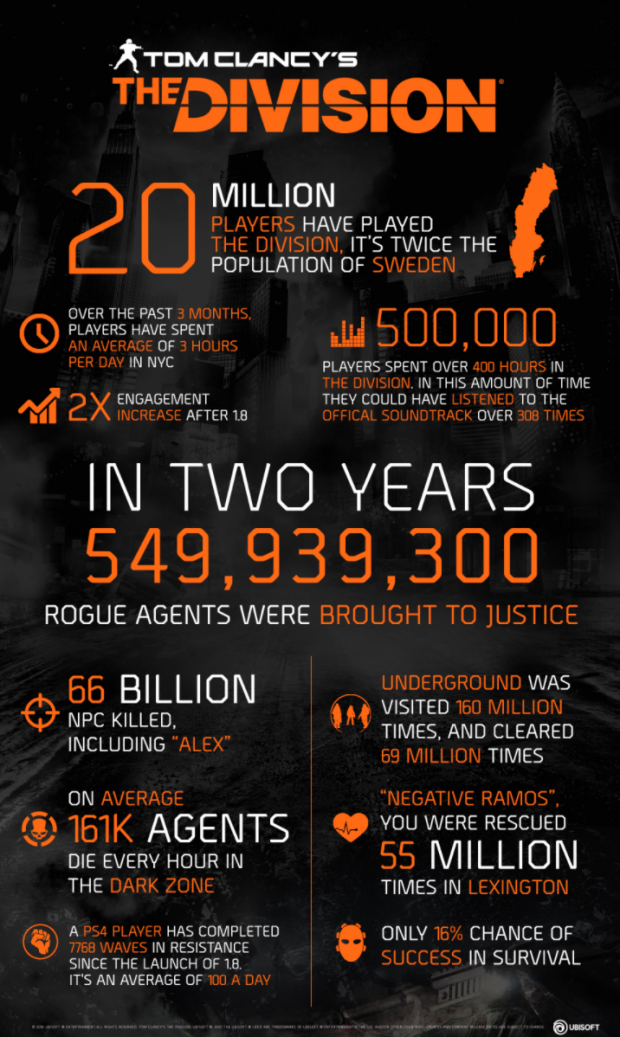