CES 2018 - NVIDIA has just struck me directly in the heart, unveiling something that they're calling Big Format Gaming Displays (BFGDs) at CES 2018.

These beasts are gigantic 65-inch TVs that will be made with NVIDIA partners like Acer, ASUS, and HP as 4K HDR displays that are really, just gigantic G-Sync gaming displays. NVIDIA will be building Shield directly into the TV, meaning there are thousands of Android-powered apps that people will be able to use on the 4K 120Hz HDR TVs, with Google Assistant to boot.

These new TVs sound insane, but what's happening inside of them? Matt Wuebbling, head of GeForce marketing for NVIDIA explains: "PC gamers expect high performance and instant response times, but, until now, they've been largely limited to traditional desktop displays. BFGDs change that. With NVIDIA's latest technology built into these new displays, PC gamers can now experience their favorite titles in all the low-latency glory they deserve". 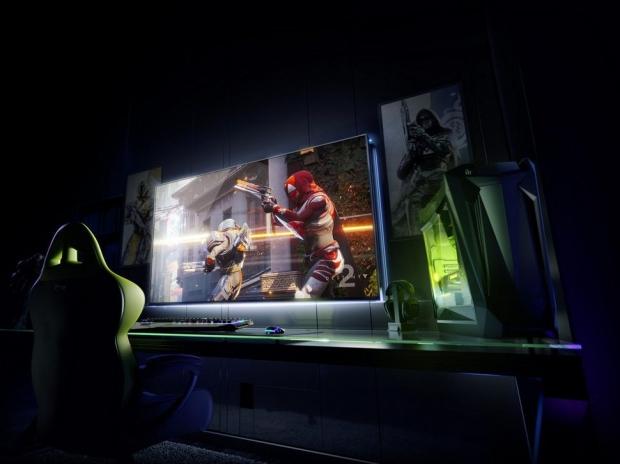