Turok is finally coming to the Xbox One, at least according to new PEGI ratings. 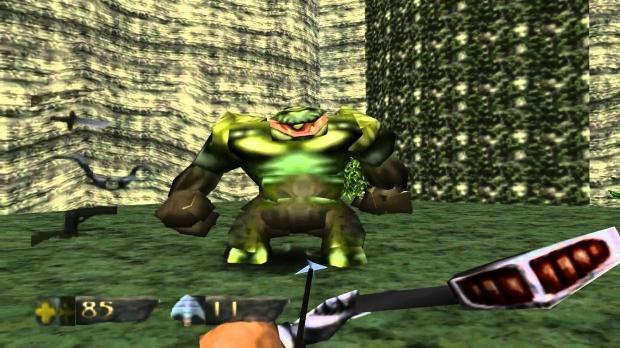 Night Dive Studios, who are currently remastering the first two original Turok games, have yet to formally announce a release date for the duo's Xbox One release. Right now the remasters are available on PC but console gamers have been waiting a bit to jump back into that weird Jurassic world for some dino-slaying action. The devs have only delivered a tentative "coming sometime soon" timeline, but thanks to the PEGI ratings board, it looks like the remasters are coming soon.

Originally spotted by deals wizard Wario64, PEGI rated Turok for Xbox One two days ago, meaning the game should be coming out soon (maybe in a few weeks, or a few months...but soon). As someone who grew up with the original Turok on Nintendo 64, I can say it'd be cool to jump back in and relive some of those old moments...and I'm curious to see how the graphics hold up on the Xbox One.