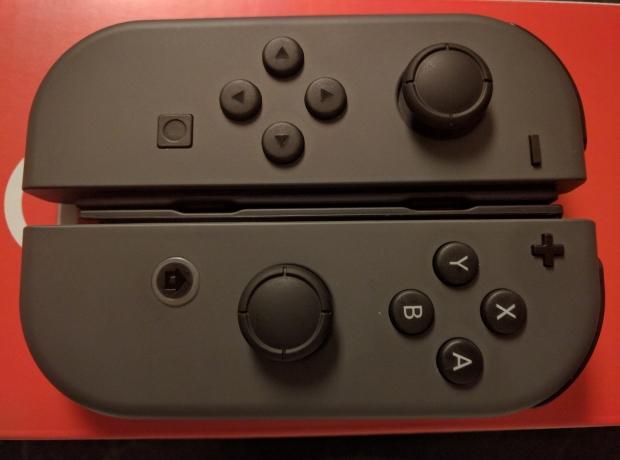 In 1H'17 Nintendo earned 22.8 billion yen ($205.29 million) from digital download sales, up 55% year-over-year, the company announced in its latest fiscal documents. The Japanese games-maker notes that this titanic growth, which is its best-ever download sales for a six month period, was driven by strong Nintendo Switch digital software purchases through the second quarter (July - September). Other platforms like the 3DS contributed to earnings as well, however a high number of Switch titles are digital-only.

"I would also like to touch on the progress we have made for our download sales. This figure shows the download sales of digital content for dedicated video game platforms compared to past years. Sales through the second quarter were the highest in our history for a six month period. Download sales for Nintendo Switch highly contribute to increase of total download sales," Nintendo President Tatsumi Kimishima said in the company's recent financial results. 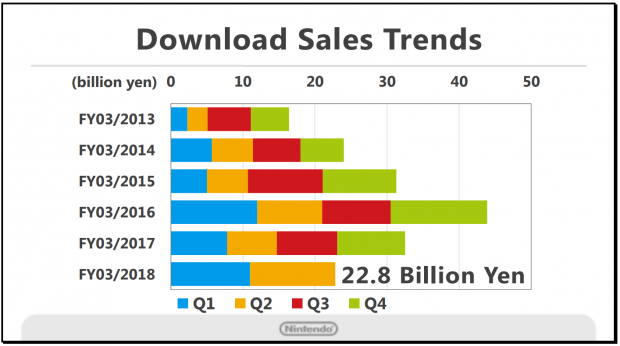 Digital download sales represents during the period represent roughly 6% of the total sales revenues for the fiscal year's first half.

As a result of the Switch's strong hardware and software sales momentum, Nintendo has adjusted its sales forecast from 10 million units to 14 million units sold by the fiscal year ending March 2018. As of September 30, the company has sold 7.6 million units total worldwide, with 4.89 million Switch consoles sold in the six-month period.