One of the great, yet simple features of Steam's platform is the ability to digitally gift games. Xbox One gamers can rejoice with the introduction, albeit currently only for the Xbox Insider Program, the ability to gift Xbox One titles (and titles that also support Play Anywhere to Windows 10 users) through the official Xbox Marketplace. 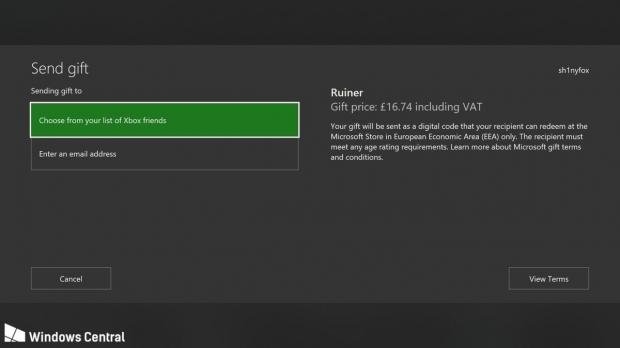 Xbox One players now can send a title directly to one of your Xbox Live friends or straight to a nominated email address. The recipient then has to simply redeem a code to claim their game, download and then enjoy.

No official word on when this feature will reach the public builds, we can imagine sooner rather than later. We all have a friend that 'can't afford' to buy a game and now you will probably find a few more friends who suddenly can't afford to purchase games either!