Early access sensation PlayerUnknown's Battlegrounds will be published by Microsoft for release on Xbox One, and developer Bluehole states they want to ensure parity between the PC and console version. 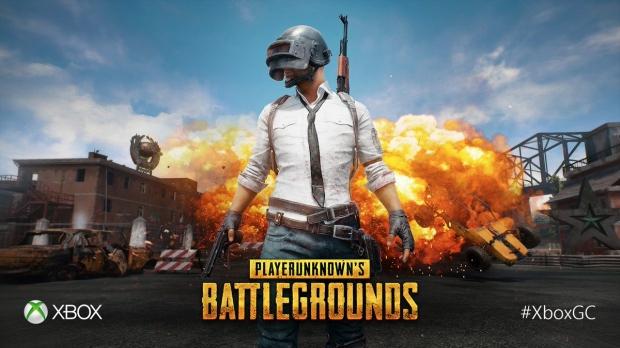 During a Gamescom 2017 stream, Microsoft today confirmed a partnership with PUBG's development team to publish PlayerUnknown's Battlegrounds on Xbox One for release on the Xbox Game Preview program in late 2017. This effectively means the games titan will publish a third-party early access game on its Xbox family of consoles, and eventually, the final launch release. Despite reports that PUBG may in fact come to PS4, this new deal may point to Xbox One console exclusivity for the last-man-standing shooter.

Armed with the might of Microsoft's publishing arm, Bluehole and PUBG creator Brenden Greene want to ensure cross-platform parity and quality on both PC and Xbox One, even though PUBG is sold on Steam and not Microsoft's Windows Store. "We want to get the PC version of PUBG on Xbox," said Brenden Greene, aka PlayerUknown, during the Xbox Gamescom 2017 showcase.

Read Also: Xbox's next system-seller may be an early access titan

CH Kim, Executive Producer of PlayerUnknown's Battlegrounds (PUBG) and VP at Bluehole, announced the partnership in a recent blog post on the Xbox Wire:

"Back in June at E3, we announced that PUBG will be launching exclusively on Xbox One in the Xbox Game Preview program in late 2017. Ever since then we have come to realize that we have a shared vision for the direction of the game with the Xbox team. This led to our decision on extending our partnership with Microsoft and I'm happy to announce it now includes Microsoft as the publisher for our PUBG on Xbox One.

"By partnering with Microsoft, our team believes that we will be able to accelerate console development, while maintaining quality across all platforms, as well as giving us access to vast sales, marketing and publishing resources that will help us reach new fans to welcome to the PlayerUnknown's Battlegrounds universe."