When the rumors about the name and specs of the OnePlus 3T successor started floating around, the company decided to put an end to them and confirm that they will, in fact, launch the OnePlus 5 this summer. 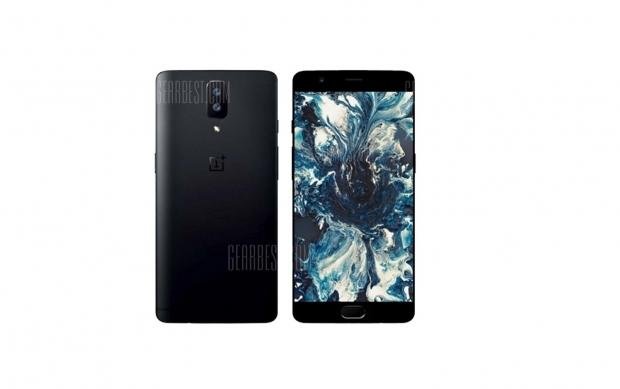 And while they are still quiet about the specs and we haven't seen any official previews of the phone, OnePlus published the first teaser on its Weibo account.

The photo doesn't reveal much, but it does confirm the name of the upcoming flagship and its launch timeframe. The image shows the words "Hello 5", while the status, "Hey Summer! Give me five", reveals that we will have to wait at least a month before the company launches the device. 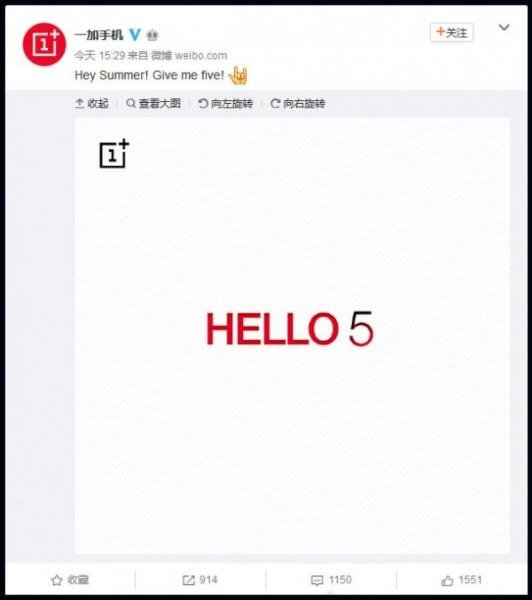 As for the specs, we know that the device will be powered by Qualcomm's Snapdragon 835, but other specs are still a bit vague. Some sources mention 6GB of RAM while others claim that the found would rock 8GB of RAM.

The phone is rumored to ditch the 3.5mm headphone jack, and it should rock a dual rear camera setup.