MWC 2017 - Samsung has confirmed the date for the Galaxy S8 and S8+ announcement - March 29th. The date was previously rumored, and now the Korean giant confirmed that we would see the Snapdragon 835 powered device at the end of March. 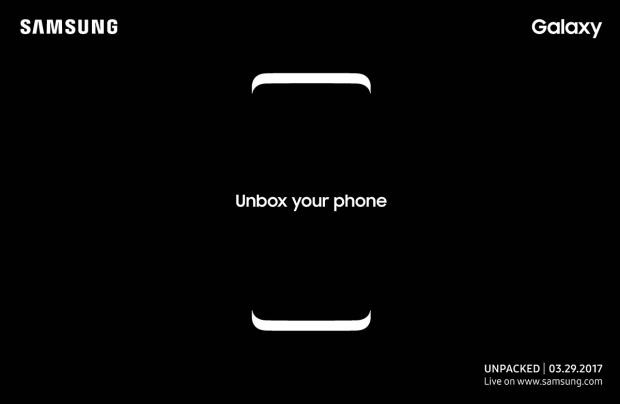 Samsung Galaxy Unpacked 2017 will take place at 11:00 AM EDT in New York, but the live streaming of the event will also be available on the companies website.

There are a lot of rumors about the upcoming phones floating around, and we pretty much know what to expect.

This is the first time in four years that Samsung didn't launch their latest flagship at MWC, but they did unveil the new Galaxy Tab S3.