Today Capcom announced that Dead Rising 4 will shamble over to Steam and Windows 7 PCs on March 14, 2017.

Dead Rising 4 is currently locked into an exclusivity deal with Microsoft, and the game is only available on Windows 10 PC's via the Windows Store and Xbox One consoles. This deal will end in March about 14 weeks after the game's initial release, allowing Steam gamers will finally be able to buy into Capcom Vancouver's re-imagining of the series.

Although Capcom reported "firm" Dead Rising 4 sales on Xbox One and Windows 10 PCs, it's only natural for these exclusivity deals to be timed. These companies want to maximize profits as much as possible and that means multi-platform releases (just don't expect it to ever come to PS4). Given Dead Rising 4's critical reception as the "anti-Dead Rising" game I'm wondering just how many copies the game will sell on Steam without sales or discounts. We also have the PC system specs required for Dead Rising 4 below.

"In the Digital Contents business, sales of Dead Rising 4 (for Xbox One and PC), which was released in December 2016, were firm, while the sales of Monster Hunter Stories (for the Nintendo 3DS family of systems), which targeted younger audiences, were soft," Capcom reported in its latest fiscal year earnings report.

Dead Rising 4 will be heading to Steam as a PC digital download in North America on March 14th, 2017. Players will step foot inside the seasonal festivities of Willamette, Colorado amidst a mysterious outbreak that is spreading across the Willamette Memorial Megaplex Mall and surrounding town. Photojournalist Frank West returns 16 years after the events of the original Dead Rising. An ordinary guy that finds himself in extraordinary situations, Frank seeks to uncover the truth behind a government conspiracy responsible for the outbreak. He's not the only one fighting to unveil the truth though with a clandestine military operation, former student gone rogue and a cunning new breed of zombies competing to obtain the same evidence. Frank will have to get to the truth first... or die trying. 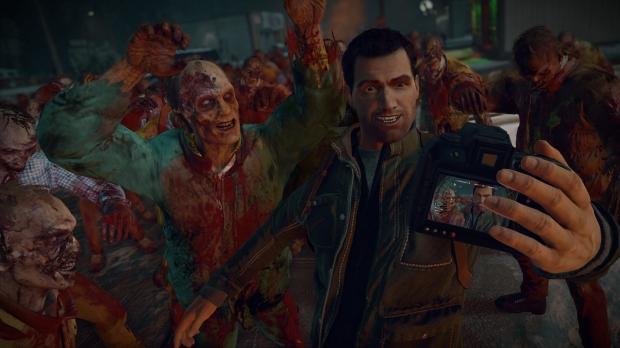