ASUS' ZenFone 3 Zoom and ZenFone AR were officially revealed at CES, and with the MWC around the corner, there are rumors that the company might unveil new devices in Barcelona. 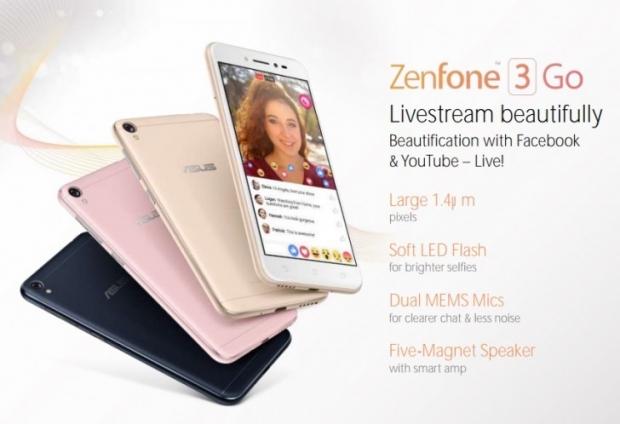 The latest leak shows the new member of the ZenFone family - ZenFone 3 Go. The leaked image reveals that the device won't have a rear-mounted fingerprint sensor or a physical button on the front.

As for the specs, the leak suggests a 5-inch 720p display, Snapdragon 410 processor, 2GB of RAM, and 16GB of internal storage. The main camera should come with a resolution of 13MP while the front camera comes with 5MP.