Pachinko and pachislot recreational arcade games are a booming and extremely lucrative business in Japan. Just how popular is this past-time? So popular that SEGA, one of the premiere Japanese game developers, earned over $1 billion in pachinko earnings in nine months. 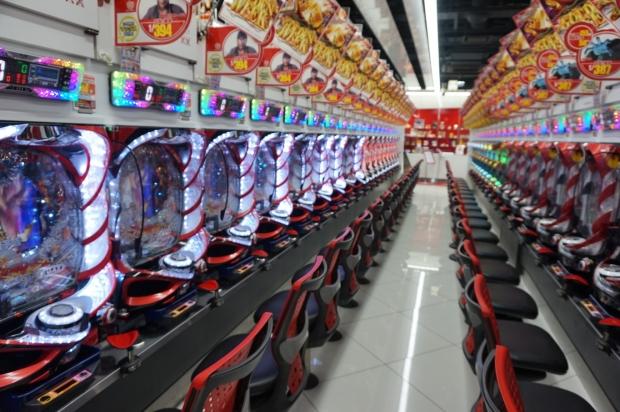 In fact, pachinko net sales were higher than digital and physical game sales combined, and made up half of SEGA's total nine-month earnings of 285 billion yen, or about $2.51 billion USD.

Recreational amusement sector net sales were up 23.7% year-over-year, and operating income in pachislot and pachinko segment spiked an amazing 71.7% compared to the same period in the last fiscal year. 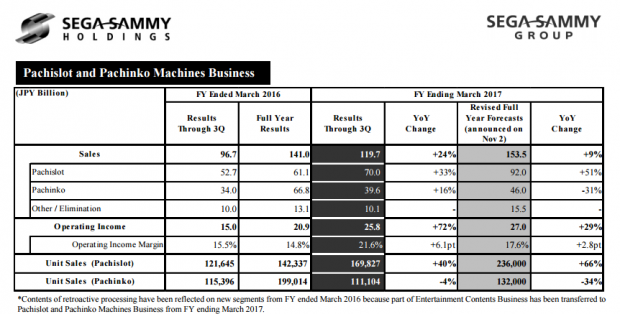 Operating income from pachinko and pachislot machines jumped by 72% to 5.8 billion yen ($227.5 million). 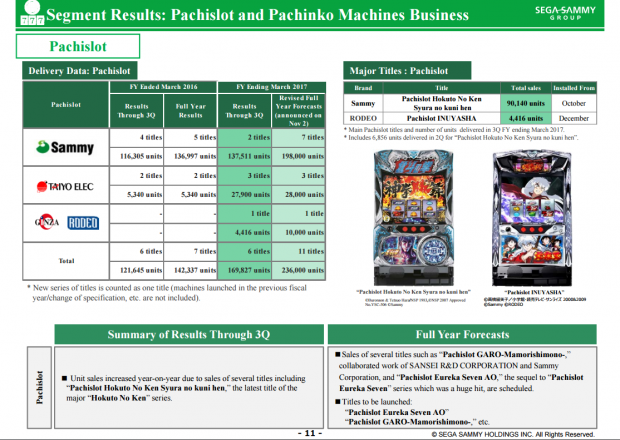 Retail games saw an astronomical boost of 740% in operating income compared to the last nine-month period, which boosted the overall operating income of its parent Entertainment Contents Business sector by 446% to hit 15.3 billion (~$135 million USD). 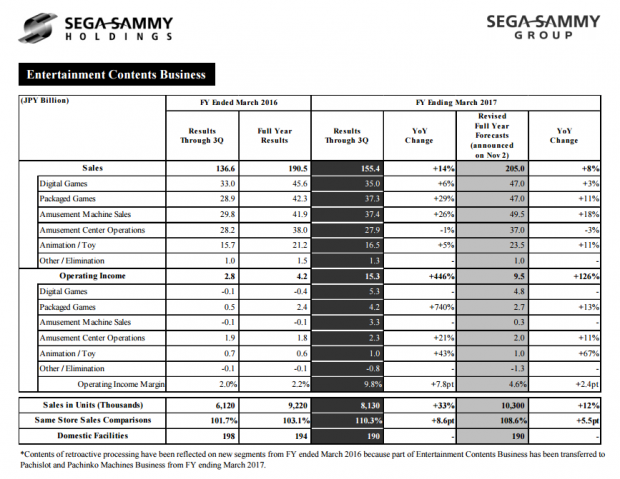 In the pachinko machine business, the Group launched "Pachinko CR Monster Hunter 4," which recreated the worldview of "Monster Hunter" as with its predecessor, and "Pachinko CR Shin Hokuto Muso Ver.," which changed the specifications of its popular predecessor to improve ease of play, leading to overall sales of pachinko machines of 111 thousand units, around the same level as the previous year (a decrease of 4 thousand units from the same period in the previous fiscal year).

In addition, the Group is working to improve profitability through cost improvements by reusing components, and reducing expenses including development expenses.