In an effort to counter Nintendo and one-up its previous ill-fated efforts, Sony Interactive Entertainment is pushing full steam ahead into mobile gaming. This time around, however, the Japanese games-maker has a secret up its sleeve: a new smartphone add-on that merges trading cards and mobile games. 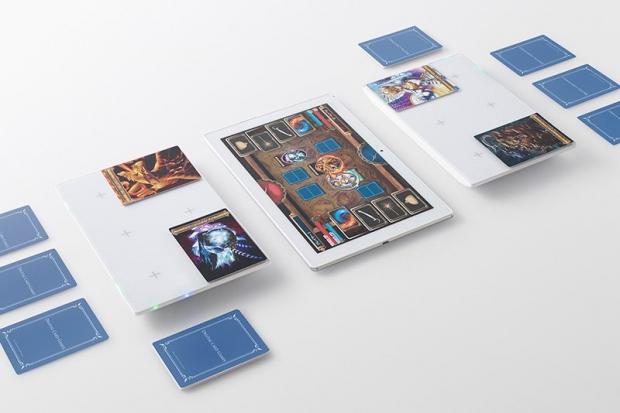 SIE's mobile gaming push is facilitated under Forward Works, a new proprietary banner that will oversee mobile adaptations of major popular Japanese gaming franchises like Arc the Lad, Wild Arms, Parappa the Rapper, Disgaea, and more--all of which are coming to smartphones as mobile games. Not content with the basics of smartphone gaming, Sony has decided to transcend the platform's barriers with Project Field, a unique hardware peripheral that will unify two very popular and profitable realms of gaming.

Think of it as a sort of Amiibo type of peripheral, only for collectible card games.

This could change everything and have a ripple effort for all TCGs, including Magic the Gathering. Sony plans to pursue this endeavor and make it a reality, with one of the most popular Japanese franchises, Yo-Kai Watch, will be the first game made for Project Field.

"Announced the development of the "Yokai Watch" series as the first game content for "Project FIELD" produced by Forward Works! # ForwardWorks," reads another Tweet from Sony Japan.