Valve has confirmed that full native support for third-party controllers will be coming to Steam in the near future, starting with Sony's DualShock 4. 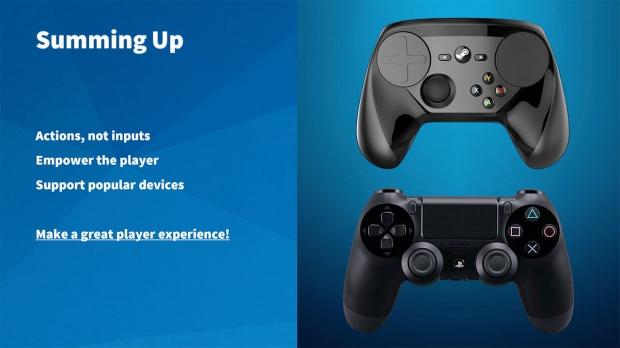 Controller support will be added with a new Steam update, and once a controller is supported, it will have full functionality within Steam and specific games.

For example, once DualShock 4 support rolls out, the controller will act the same way it does on a PS4, including support for the gyroscope and touchpad. Users won't have to configure any extra key bindings or anything else--the extra controllers will be supported via the Steam API, so your settings will be the same across different peripherals.

"We plan to continue actively extending the feature set for all controllers. Other controllers are on the horizon, with the PS4 being the first among them." 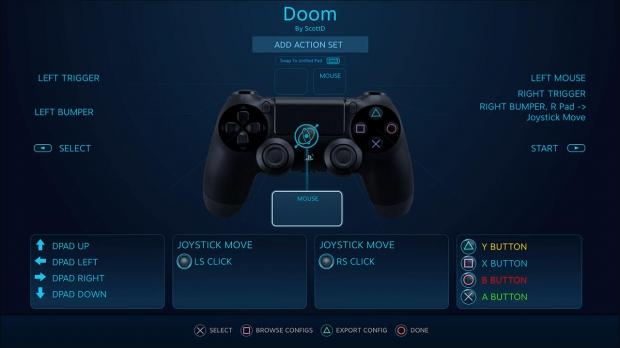 Bellinghausen continued by saying the DualShock 4 is a great starting point as the controller's gyro and touchpad are very similar to the Steam Controller.

"Believe it or not, when you use the PS4 Controller through the Steam API, it's exactly the same as a Steam Controller. You make the exact same API calls, you only get actions, not inputs, and the Steam API takes care of everything.

"Now, why start with the PS4 controller? Well, not only is it a really nice, high quality controller, but it's also got a gyro and a touchpad, so it's got a lot of overlapping functionality with the Steam Controller. Also, existing native support for the PS4 controller on the PC is a bit weak; in this case Steam itself is communicating directly with the device so everything that's nice and reliable.

"Similar support for other controller models is coming, but Valve isn't ready to announce any devices or dates for those just yet." 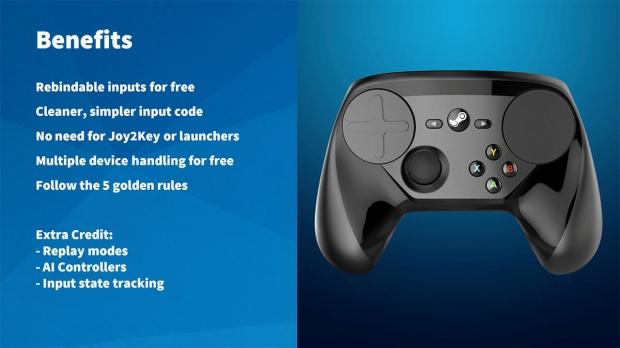 "So what are the benefits of all this?

"First and foremost is you now don't have to write your own key rebinding interface if you don't want to - as long as you support the Steam API, the user just pulls open the overlay, changes their inputs, goes back to the game, everything just works. And if you're using something like Joy2Key, this rescues you from that nightmare. It also removes the need for a key config launcher.

"Next, your code gets cleaner and easier to manage. Even better, the Steam API handles multiple devices connecting and disconnecting, so you don't get null pointer crashes and whatnot if something is suddenly yanked away, you just get no input from that device."

Click here for the full transcript of the presentation.