It was only last week during the Oculus Connect 3 conference that we were teased with a $499 gaming PC that would handle VR, thanks to changes Oculus are making to the PC requirements of the Rift. 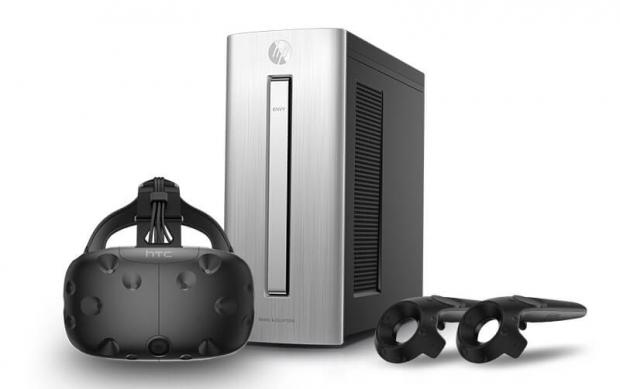 HTC has teamed with HP on a new VR gaming PC bundle, something that will include a PC good enough to power Vive games, and the HTC Vive itself. The HP Envy desktop rocks an Intel Core i5-6400, 8GB of RAM, and an AMD Radeon RX 480 graphics card - and when you take into consideration the $799 cost of the HTC Vive, the HP Envy gaming PC is costing just $900 on its own.

For the $900, you're also getting a copy of Windows 10 Home, as well as a DVD drive, keyboard, and mouse. There are two bonus VR games thrown in, with The Lab from Valve, and theBlu:Encounter. The VR bundle doesn't include a monitor, so you'll need a monitor or TV to get it setup and going.