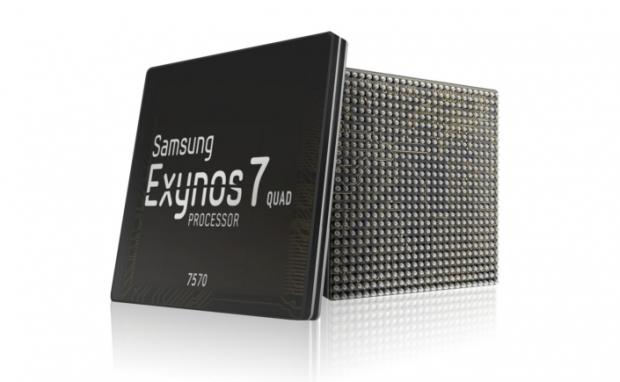 Perhaps the most impressive feature of the Exynos 7570 is that Samsung has integrated specific components like an LTE and Wi-Fi modem, Bluetooth, and an FM radio directly into the chip. This will reduce the amount of extra components that need to be added to a device's motherboard, allowing phone-makers to shave off some space.

As it's designed for affordable budget mobile devices, the Exynos 7570 won't support Full HD screen resolution (only up to WXGA 1280 x 800), it can record and play back full 1080p video. The chip also supports an improved image signal processor for 8MP/13MP front and back cameras.

We should start seeing phones using the new Exynos 7570 within the coming months, but Samsung hasn't revealed an official timeline just yet.