Super Mario Bros. fans might want to look away at this news, or your credit card might hurt in the morning. Swiss watchmaker Romain Jerome has teased its new Super Mario Bros. themed watch, something that will cost a huge $27,000. 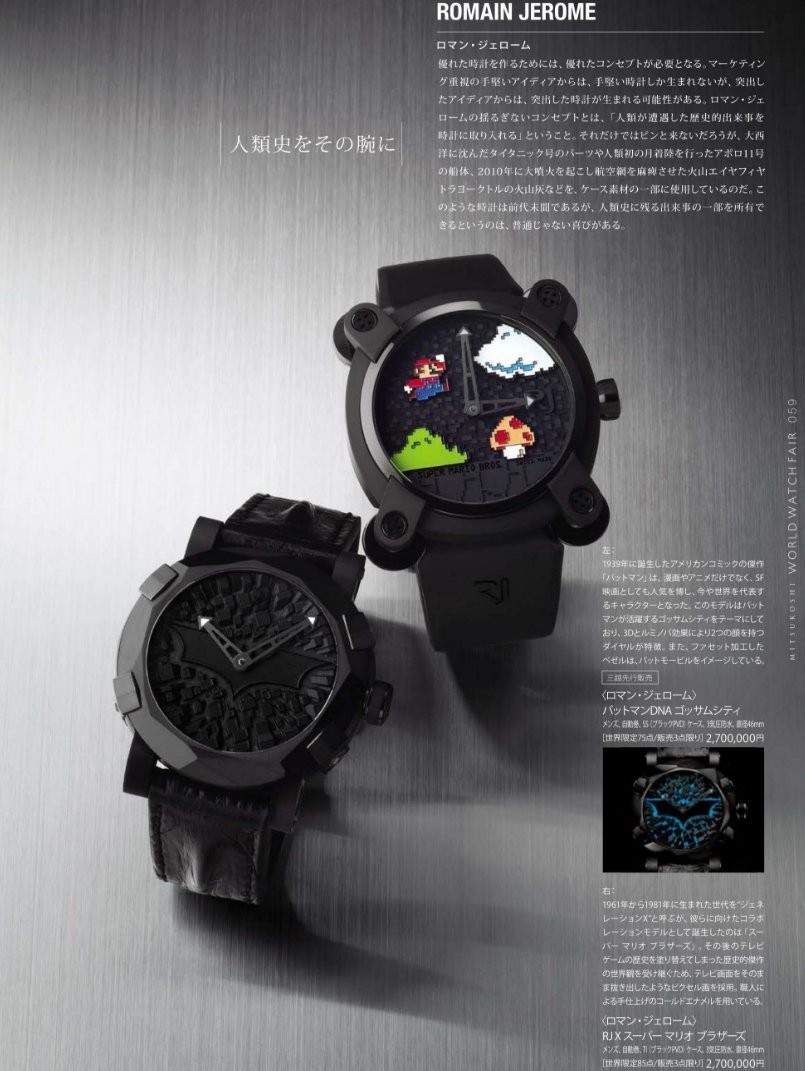 Prepare your credit card, or handing over your soul, at the 19th World Watch Fair.