Google has the world excited for its next-gen Nexus smartphones, which until now we've known as the Nexus M1 and Nexus S1. The Nexus M1 is the faster of the two, and a new leak says that the new Nexus M1 will have high-end hardware, and will be just as good as any of the flagship smartphones on the market. 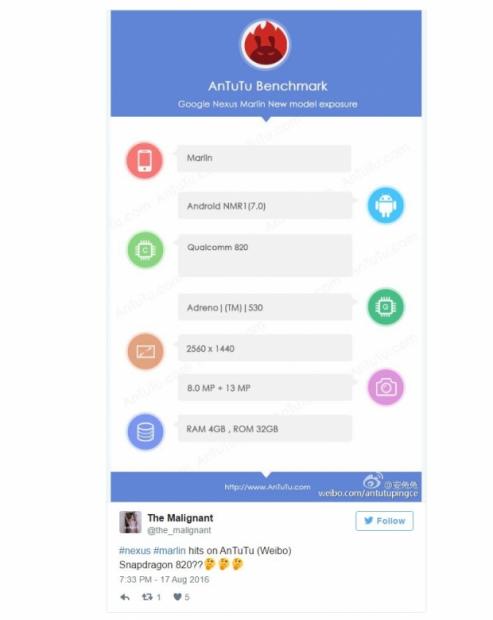 According to an Antutu benchmark for the "Google Nexus Marlin" found by a Weibo user 'The Malignant', the new Nexus M1 will feature the Qualcomm Snapdragon 820 processor and 4GB of RAM. Google's new Nexus M1 will also reportedly feature 32GB of storage, a 13-megapixel rear-facing camera backed up by an 8-megapixel selfie camera. We're also expecting a 2560x1440 native resolution.

We are still waiting for the official announcement and release date of the new Nexus smartphones, which shouldn't be too much longer away, hopefully somewhere in October. 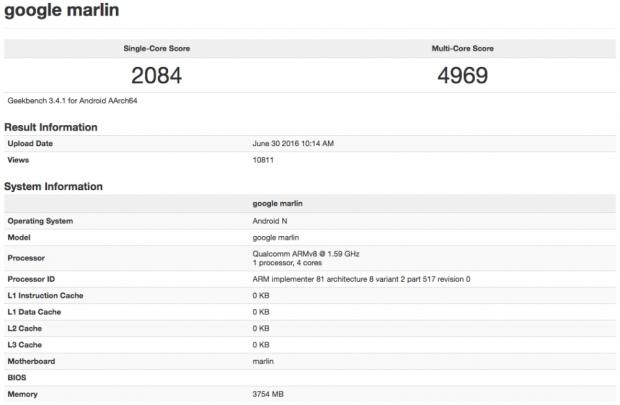