In a bid to counter Nintendo's NES Mini, Sega is planning to release its own official Mega Drive/Genesis Mini console that one ups its rival. 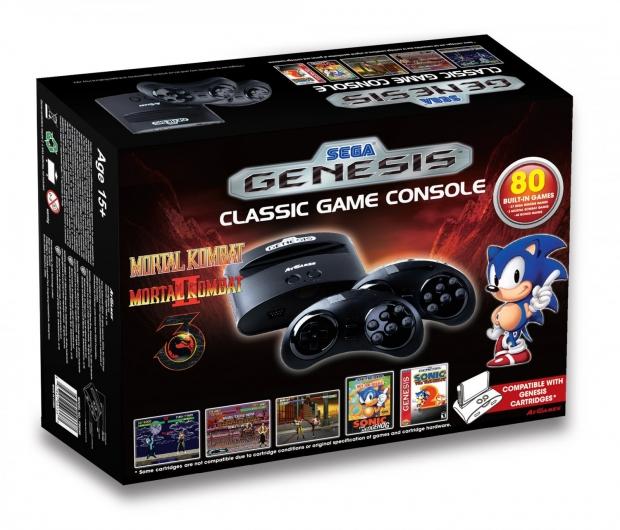 Sega knows the NES Mini is quite restricted, so its decided to release its own fully-functioning miniaturized Megadrive/Gensis system that not only rocks 80 built-in games from Sega's best-of library (30 more than the NES Mini) but also plays original NTSC and PAL game cartridges. That's a pretty huge advantage--as we know the NES Mini doesn't play NES cartridges and isn't a fully-functioning console. Plus it's listed at $49.99 which is a full $10 cheaper than the NES Mini. But it does have its shortcomings and we'll come to those later.

A listing for the Megadrive Mini was spotted on a UK retailer Smyths for £49.99 and a release in October. Remember that the Megadrive is the UK/Europe version of the Genesis. The weird thing is the Genesis Mini is already being sold in the UK and in the US so perhaps the console listed at Smyths is a re-release?

In any case, this might not be official news per se as the Genesis/Megadrive Classic Mini has already been out for quite some time, and it could just be a mix-up from the UK retailer. At the same time, it'd behoove Sega to re-release its own mini console to upjump the NES Mini.

One disadvantage is that the Sega Genesis/Megadrive Mini is quite cheaply built, as you can see in this video here. The sound is also apparently quite bad. It also doesn't come with an HDMI cable, only an AV cable, meaning its games might be distorted and wonky on HDTVs. But it does come with two wireless Genesis controllers.

Check below for all the included games and everything that comes with the Genesis Classic Mini;

Built-in SEGA MD games - in our opinion, this is the Ultimate Collection:

Alex Kidd in the Enchanted Castle

* Some cartridges are not compatible due to cartridge conditions or original specification of games and cartridge hardware * This item is limited to 1 per customer * This device is not an emulator and will not play SEGA MD roms - however, it will play original cartridges