This year's San Diego Comic-Con has been huge, with some massive movie trailer reveals - including Justice League and Wonder Woman. Plenty of TV shows are also teasing trailers at SDCC, so we've collected a bunch of the best trailers for your viewing pleasure.

Starting off with the follow up to Batman v Superman: Dawn of Justice is the larger movie, Justice League.

Zack Snyder is back - and while I loved Man of Steel, I didn't like Batman v Superman so much, so I have very mixed feelings with Snyder taking on Justice League after the mess of BvS - but, in saying that, the trailer looks good.

Gal Gadot killed in it Batman v Superman as Wonder Woman, and now she leads the first-ever woman-led superhero movie.

Wonder Woman has Patty Jenkins directing, and it looks beyond impressive. I've been excited for Wonder Woman since they announced her solo movie, but this trailer has completely cemented my feelings. I had goosebumps throughout, and when her theme music started, my entire upper half of my body was tingling. It looks great!

Suicide Squad isn't too far away from release, but WB still teased something about their latest DCEU movie.

WB teased the 'official Comic-Con soundtrack release' trailer of Suicide Squad, which doesn't show off too much that's new. But still, check it out if you're intested in seeing the movie and not wanting to spoil too much.

I wasn't too thrilled about this before the trailer, but I loved The LEGO movie, and now the trailer for The LEGO Batman Movie has me convinced.

As you can see, it looks great - with Will Arnett voicing Batman/Bruce Wayne. "Whoa, does Batman live in Bruce Wayne's basement? "No, Bruce Wayne lives in Batman's attic", instant classic.

Another movie that wasn't on my radar until now is Kong: Skull Island. Check out the amazing footage below, from the producers of Godzilla.

King Kong is being rebooted in a big way, and it looks like a refreshing change from all of the previous incarnations of Kong that we've had hit cinemas.

Fantastic Beasts and Where to Find Them

Harry Potter fans will enjoy this one, with Fantastic Beasts and Where to Find Them hitting Comic-Con in a big way.

Fantasic Beasts and Where to Find Them isn't too far away either, with a release window of November.

Now we're onto Marvel movies, and this is something I've stayed away from personally as I haven't wanted to spoil myself on Doctor Strange as I know nothing about his character.

And now that I've watched it, I want to see it on day one. It looks like a pure visual spectacle, and I trust that Marvel will do it justice. It also reminds me of Christopher Nolan's 'Inception' from a few years ago with all of the twisting buildings and reality-bending tricks.

Another character that I've never been into is Iron Fist, which will be arriving on Netflix as an exclusive in 2017.

We don't see much in the trailer, but fans of the character will be excited, I'm sure.

I was a big fan of Marvel's Jessica Jones and particularly Luke Cage in the show, and now he has his own show, which looks exactly how I wanted it to be.

Cage goes into a rage in the trailer, showing off just how indestructible and strong he is in the trailer. I seriously can't wait to binge watch the entire season when it drops.

Another show I haven't read a lot on, is Marvel's The Defenders - but it features some characters that I know and love. There's no actual footage, as it's just a teaser for SDCC.

Jessica Jones, Luke Cage, Iron Fist fight their biggest treat ever in The Defenders - with Stick talking in the background of the teaser. Bring, this, on.

Star Trek: Discovery was also teased at SDCC, with CBS showing off the first look of the upcoming TV show in the Star Trek universe.

The series takes place in the timeline of the original series, and not the movies - but those visual effects feel like their from a video game cutscene. I understand the budget constraints of a network TV show versus a movie, but there are some damn good visual effects in TV shows these days. Trekkies should love it, hopefully. 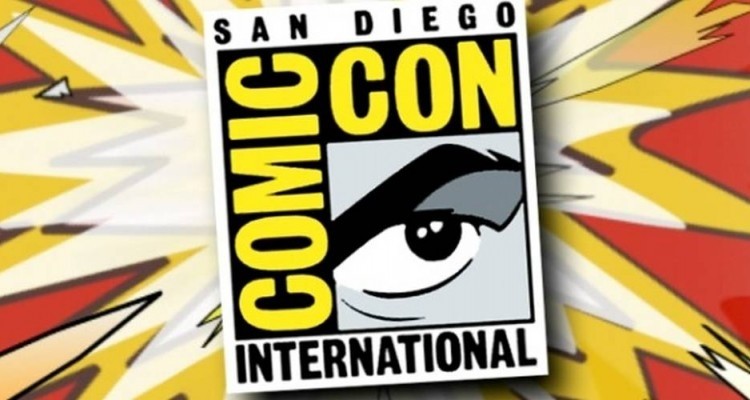