E3 2016 - Respawn just showed off the latest Titanfall 2 footage at their E3 press conference, revealing key details about the upcoming game like singleplayer and multiplayer, and an upcoming "stress test" beta.

The first-ever Titanfall 2 campaign footage is now live, showing gamers a glimpse of what to expect from the upcoming FPS. Repsawn's Vince Zampella affirms that the campaign will be a more intimate experience between pilot and Titan, focusing on the dynamic bond between man and machine. Zampella also confirmed six new titans with "dynamic new abilities", affirming that Titanfall 2 will have "everything you asked for" in the sequel.

We also got a small glimpse of the new grappling hook--honestly I expected Respawn to sell this much more than it did. A "multiplayer stress test" will be held on PC, PS4 and Xbox One, so jump over the official Titanfall website to sign up. 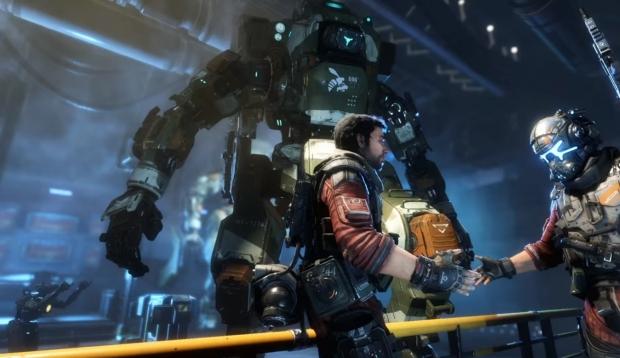