The new Injustice 2 gameplay footage is jam-packed with hero-on-villain chaos, showing us some of the crazy ultimate super attacks from new characters like Atrocitus, Gorilla Grodd, Supergirl and even Black Manta. As in the first game, the sequel brawler blends cinematic-style animation sequences to showcase each character's defining moveset, and we get a good look at a bunch of different punishing ultimate moves from new and old DC heroes as well as the new dynamic armor sets.

"There was always characters we wanted to see. Atrocitus was a big one, Supergirl was huge. A lot of it was characters we didnt put in the first game, so we're excited to put them in this time around," Netherealm's Ed Boon said at the event. Ed didn't reveal anything new just yet, but promised "big things" at E3, saying that Injustice 2 will have tons of surprises for gamers. "It is everything you're going to expect in an Injustice sequel, tons of new characters and a lot of surprises you didn't expect."

Check below for some of the confirmed and speculated characters that may be included in Injustice 2:

Injustice 2 is slated to release sometime in 2017 across PC, PS4 and Xbox One. 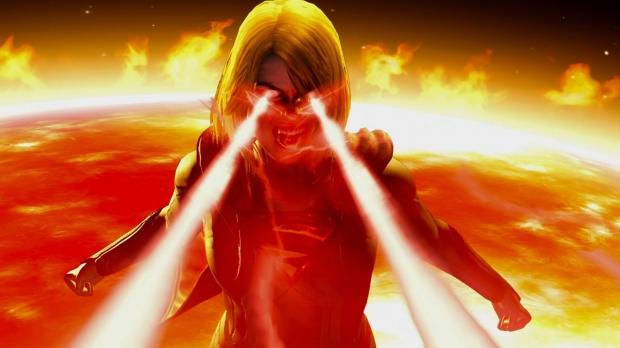