You may have caught word of Yooka-Laylee when it launched last year on Kickstarter. Either way, you can get the first good look at it today with the new E3 trailer below.

As you can see, Yooka-Laylee is extremely reminiscent of the Banjo-Kazooie series, and for good reason: it's developed by ex-Rare employees from the golden N64 era who worked on that very series, as well as Donkey Kong Country. If the music feels familiar, that's because it's the work of Grant Kirkhope, who composed both series'.

In short, if you're looking for a classic platformer, Yooka-Laylee is all but a sure bet. Unlike Banjo-Kazooie, the game will be available for all current consoles as well as PC. It's slated for an early 2017 launch. 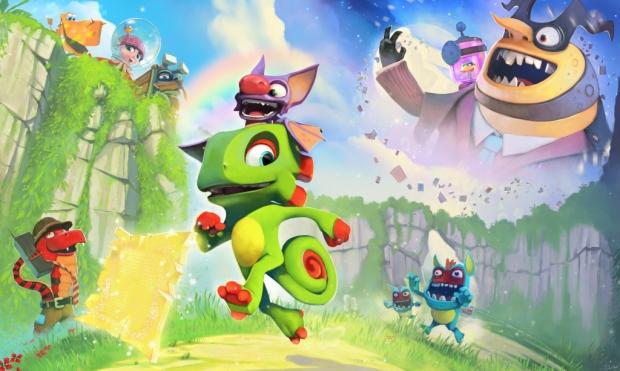