We're so sorry for our total flood on the GeForce GTX 1080 cards, but how exciting is it! MSI has joined in on the fun, announcing a few different cards to drool over. 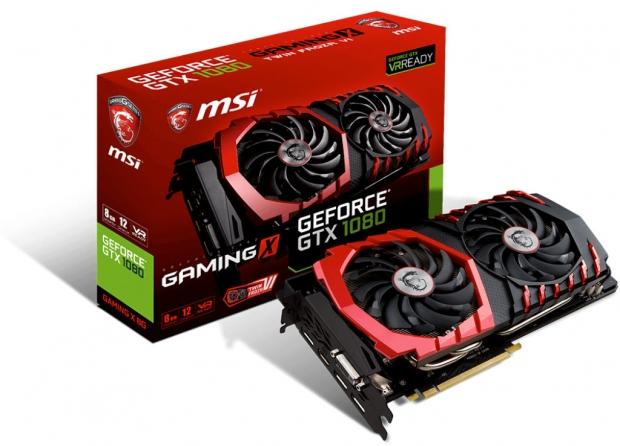 MSI has the new GeForce GTX 1080 GAMING X 8G, which has the new Twin Frozr VI cooler, designed to allow for higher GPU and memory clock speeds for improved performance. MSI has used their usual, and slick-looking red/black theme with a dragon RBG LED on the side that can be tweaked to nearly unlimited colors thanks to its 16.8 million colors. 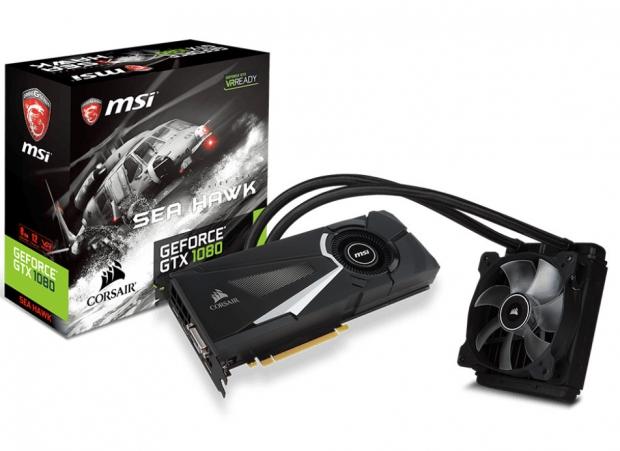 The GTX 1080 GAMING X 8G has a new custom 10-phase PCB design, with an 8+6-pin power connector that allows for higher overclocking performance.

MSI also unveiled their new Sea Hawk variant, which uses Corsair's Hydro Series cooler, so that the card keeps as cool as it can, while providing crazy performance. Then there's also the Armor variant, which has a black/white design "inspired by advanced armor shielding". There's also the Aero variant, with a black/silver look, featuring a new thermal design and a radial fan that pushes the heat out of your PC through the rear exhaust.