In an attempt to match the wacky tone of the game series, Lionsgate has hired a comedian to write the Borderlands film adaptation. 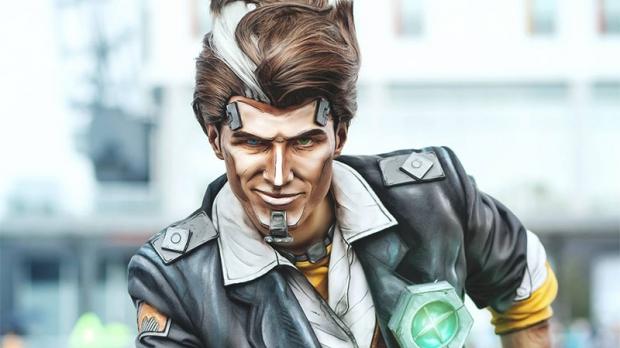 Lionsgate has tapped Canadian comedian Aaron Berg to write the Borderlands movie, pretty much ensuring that the film will mirror Gearbox's hilarious and quirky post-apocalyptic style. Berg's past work includes writing the screenplay for GI Joe 3 and Section 6, and is known for his "raw brand of stand-up comedy."

Marvel Studios co-founder and ex-CEO Avi Arad will be heavily involved with the film's production, along with his son Ari. Taking a quick look at the father-and-son duo's track record, I'd say that the Borderlands movie is in great hands. Avi and Ari Arad have extensive experience bringing comic book adaptations to the big screen. After the mega-blockbuster that was George Miller's Mad Max: Fury Road, everyone wants to get in on the post-apocalyptic genre, and Borderlands could be a tremendously lucrative franchise for Lionsgate.

"Lionsgate has emerged as a major creative force in the global marketplace with an incredible portfolio of brands; our partners at Gearbox have pioneered and cultivated an iconic property; and Avi and Ari Arad are two of the most successful producers of action franchises," Take-Two Interactive boss Strauss Zelnick said. "This alliance is ideally positioned to create a bold, provocative, no-holds-barred motion picture phenomenon that will delight Borderlands' current legions of fans and captivate moviegoers around the world."