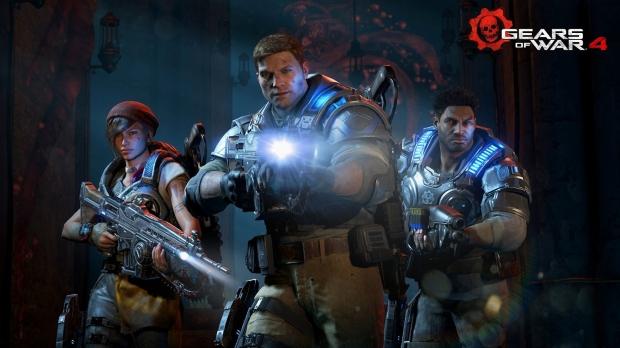 Gears of War 4's season pass will give players access to a total of 24 co-op and multiplayer map packs, which Coalition plans to release in waves of two maps per month for a year. That's according to a premature listing on the Xbox Australia storefront, initially spotted by eagle-eyed industry vet Wario64. The season pass also confirms Gears of War 4 will have dedicated servers, and pass owners will get to preview upcoming DLC maps, weapons, and modes before they're released.

"Join this VIP experience and score the following perks: Five exclusive digital items as part of the Vintage VIP Pack; permanent DLC map ownership of over 24 additional maps (two per month for a year) for private play on dedicated servers; an exclusive VIP "Early Access" Playlist that grants a preview to upcoming modes, maps and variants; and six Gear Packs."

Gears of War 4 is slated to release on October 11, 2016, exclusively on the Xbox One console.