Capcom, unfortunately, had to release a statement earlier today saying that they're going to be delaying Resident Evil: Umbrella Corps, the spin-off survival horror third-person shooter, until June 21st.

In the statement, they cite that they need, and want, a bit more time so they can properly optimize the game so that they're able to provide the best experience possible. The time optimizing will mean that performance on the PC will be able to meet, or exceed, the 60FPS target that they're shooting for on both platforms. The longer we wait, potentially the better the game will be when they launch it.

Umbrella Corps is a fast-paced third-person shooter that's set in the Resident Evil universe. It's an online competitive game that lets you play against your friends in that zombie infested world much like Metal Gear Online does for the Metal Gear Solid universe. One of the hallmarks of the game will be the intense customization options for your character. Every time you win a match or defeat enemies (zombies included) you get points that can be used to unlock those different customizable options.

In-game you'll get a whole lot of different options for different patches, logos, crests and nearly every other kind of flair you could dream of to put on your body armor and the rest of your uniform. I can only imagine the kind of silly looking characters we'll see when it comes out.

Now Resident Evil: Umbrella Corps will be ready to play on the PC and PlayStation 4 on June 21st for $29.99. 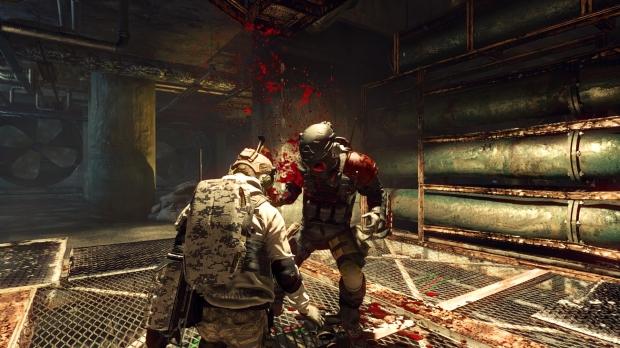