It's been 20 years since the blockbuster 'Independence Day' blew up screens across the world and in honor of the film, Twentieth Century Fox has set a new 20th anniversary Blu-ray edition for release in May which comes with the previously DVD-only extended cut. 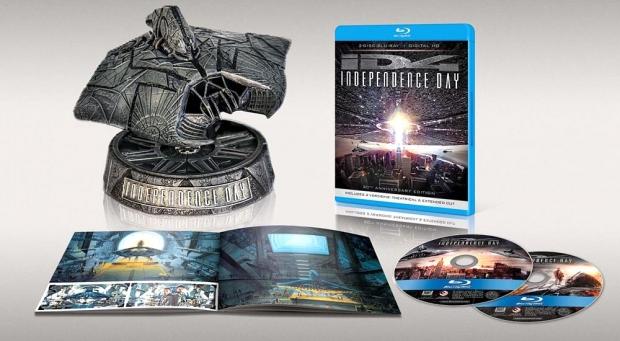 According to IGN, the upcoming 2 disc edition will come with the 4K restored original theatrical cut and a 10 minute longer extended cut. It's being accompanied by a whole disc of bonus features, including the new 30 minute retrospective documentary 'A Legacy Surging Forward', probably joined by the previous DVD extra features including an alternate ending. Fox will also release an 'Attacker Edition' giftset in the United States, which comes with a limited edition alien ship replica and a collectible booklet.