For a time the highest grossing picture in history before being pipped by 'Titanic' a little more than a year later, the aliens of 'Independence Day' have come back to finish the job they started, before being felled by the one-two punch of an Apple-borne computer virus and fighter pilot Will Smith. Twentieth Century Fox has today premiered the first teaser trailer of footage for what looks like one of 2016 biggest blockbusters in the making.

While Will Smith is absent this time round, returning starts Bill Pullman, Jeff Goldblum, Judd Hirsch and Vivica A. Fox will be joined by newcomers Liam Hemsworth, Maika Monroe and Jessie Usher in welcoming the alien hoarde back to Earth. Expect explosions and general mayhem as the future of the planet is decided. 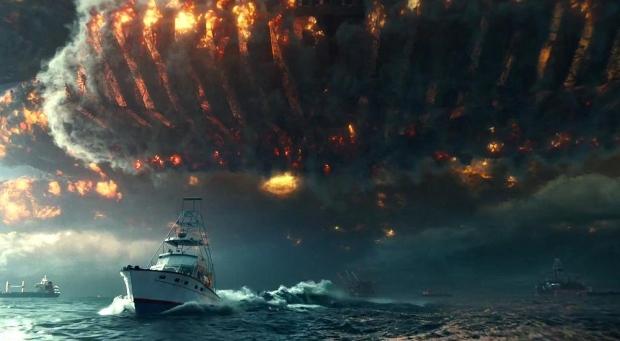