Mirror's Edge Catalyst is shaping up nicely, with EA sharing a new developer diary on the game recently, detailing the reasoning behind Catalyst featuring no weapons, and how gameplay connects with the music dynamically, as well as how the movement in the game has changed from Mirror's Edge.

The developer diary video also tackles the combat in Mirror's Edge Catalyst, as well as the free roaming side of City of Glass. The fluid movement in Catalyst, mixed with the first-person combat create an experience that's different to traditional games - something that will be amplified by the dynamic audio. During the DICE art panel at the National Museum in Stockholm, Mirror's Edge Catalyst's concept artist, Per Haagensen explained that the team wanted to show off "her skill, confidence and attitude in a dynamic manner, without her looking like a martial artist or super hero".

He continued: "When I set out to sculpt her for the Key Art, aside from the realistic aspects of her appearance, more than anything it was to convey the pose with enough action, tension, and interest to make the audience curious about who this person is". Haagensen continued, saying that DICE wanted Faith to look "more mature" than she did in the first game. He finished off by saying: "She also needs to appear more mature than in the first game, so there was some work on getting a focused look on her face, maybe even some concern about the situation she is in".

Mirror's Edge Catalyst drops on May 24 for the Xbox One, PS4 and PC. 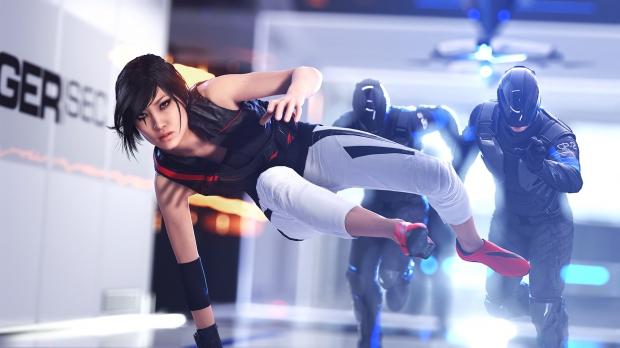