Star Citizen's latest update has just hit the public servers, bringing it up to version alpha 2.2. This update adds new playable ships, fixes a lot of bugs and glitches that have been found during the PTU sessions and adds a new reputation system that also brings a bounty reward system to the game. 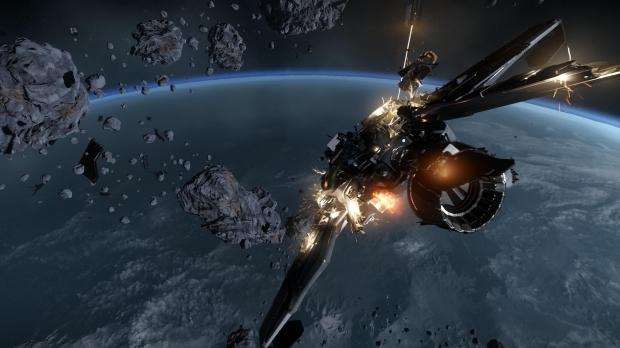 The reputation system is one of the biggest changes they've added. It adds a sort of "monitored" area of space, where your actions, good or bad, can result in consequences. So if you're one of those griefers that wants to blow up an innocent pilots ship while they're trying to fix a comm array, you become a wanted man/woman.

They are five levels of criminals and each one carries with it an increasing length of time-out before being able to respawn When a person does enough terrible, grief-ridden things in the server, then all the players there can get a special reward for vaping the wanted criminal. And that person gets ejected from the server as a punishment. There's been some community issues, people being terrible to other players inside.

You can find the patch notes right here. The bounty business is listed below. Don't worry, the FPS mechanics are working just fine even though Star Marine hasn't been fully integrated. And it's proving to be quite the FPS, too.