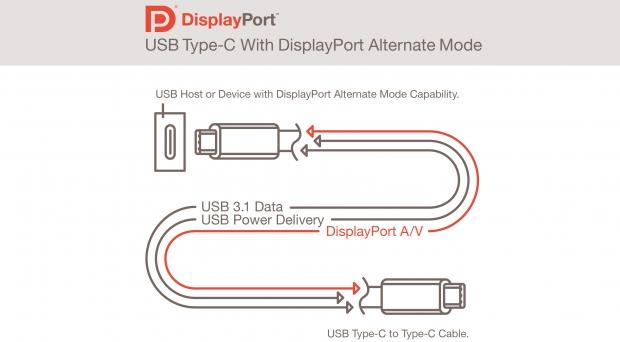 DP1.4 will also make use of USB Type-C and Thunderbolt connectivity, which will allow smaller devices like laptops to make great use of the higher resolutions. DP1.4 includes 32.4GB/sec of bandwidth, which opens the flood gates to 8K @ 60Hz (with HDR Deep Color), and 4K @ 120Hz (with HDR Deep Color) as well as many other technologies. These include:

What does this mean for gamers? Well, AMD's upcoming Polaris architecture supports DisplayPort 1.3 - allowing for 8K resolution support at 60FPS, as well as 4K @ 120Hz with HDR enabled (and 4K @ 240Hz). NVIDIA will unveil their new Pascal-based architecture next month at their GPU Technology Conference.