The popular, teamwork-based, anti-Call of Duty FPS Insurgency is getting it's very own sequel, Insurgency: Sandstorm, being rebuilt on Unreal Engine 4 with all the same underlying fundamental elements that make it the unique and realistic game that it is. 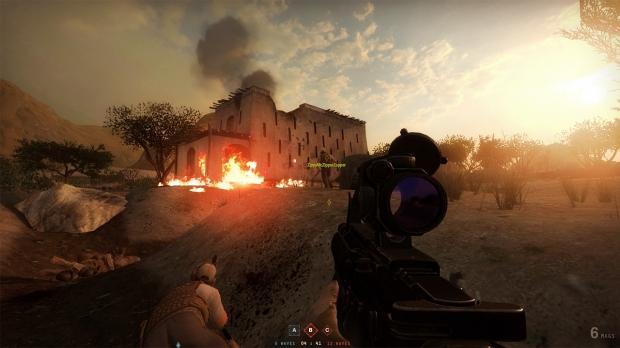 Focus Home Interactive is teaming up with New World Interactive again to bring a similar style of game that's the complete opposite of the typical FPS we might normally be used to. It'll be based in the Middle East once again and you'll have to rely on quick thinking and teamwork to get the job done with a diverse arsenal of weapons. It's due out in 2017 on the Xbox One, PlayStation 4 and of course the PC.

"We are very excited about working with Focus on Insurgency: Sandstorm. We believe there's a great opportunity for Insurgency on next-gen consoles and that aligning with a strong publisher will allow us to best leverage this. Considering our background, it was not easy finding a publisher we felt compatible with. We decided to work with Focus because they understand our game and they believe in our vision. In addition, they bring a wealth of knowledge when it comes to shipping console games and marketing to that audience." said Jeremy Blum, Founder and Game Director of New World Interactive.