While Kanye West has been on a rampant Twitter tirade surrounding his 'Life of Pablo' album release, even social media accounts from The Land Down Under have gotten in on the action. 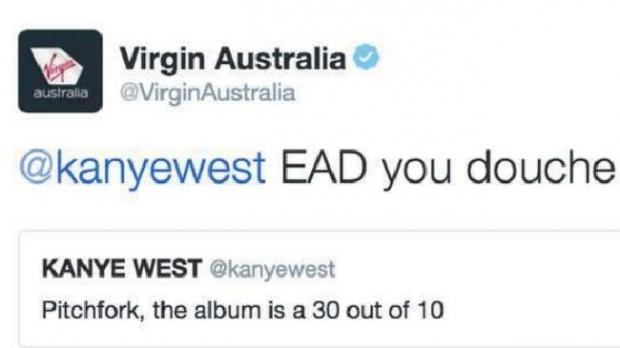 Virgin Australia's official Twitter account told Kanye West to "EAD" recently, further labelling him as a "douche" and embodying the common insult of many Aussie Generation X or Y youths.

While this tweet did come from the official and verified Virgin Australia account, it was soon after deleted with the company releasing a statement that "A recent tweet on our account was not published by a Virgin Australia employee and we are investigating the matter."